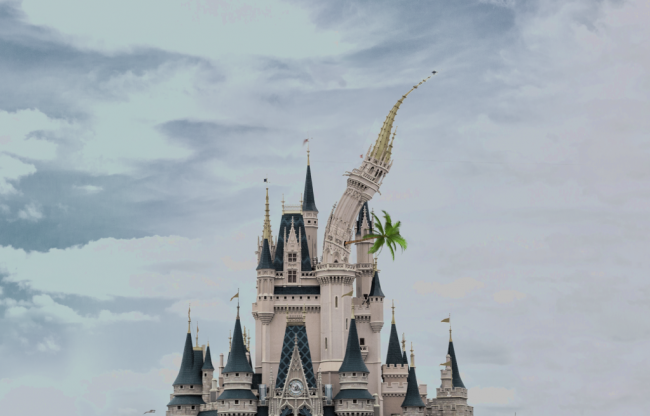 As Walt Disney World Resort continues to assess damage caused by the passage of Hurricane Irma earlier this week, resort officials at last confirmed that a flying palm tree had punctured Cinderella Castle, causing the structure to partially deflate.

Since the opening of Disneyland in 1955 and throughout the creation of new Disneyland-like theme parks around the world, castles in Disney parks have officially been said to be constructed from sturdy materials such as stone, fiberglass, steel, and packing foam. With this deflation, though, resort officials have admitted that the Magic Kingdom Park’s Cinderella Castle in Florida is modeled after modern dirigibles, with a honeycombed aluminum framework and a rubberized polyester fabric skin. This external skin is held taut by internal air pressure, which is maintained by multiple fans surrounding the base of the castle.

Rumors of the castle deflation started on the second day of the Magic Kingdom Park’s closing, and Park officials at first were reluctant to discuss the incident. 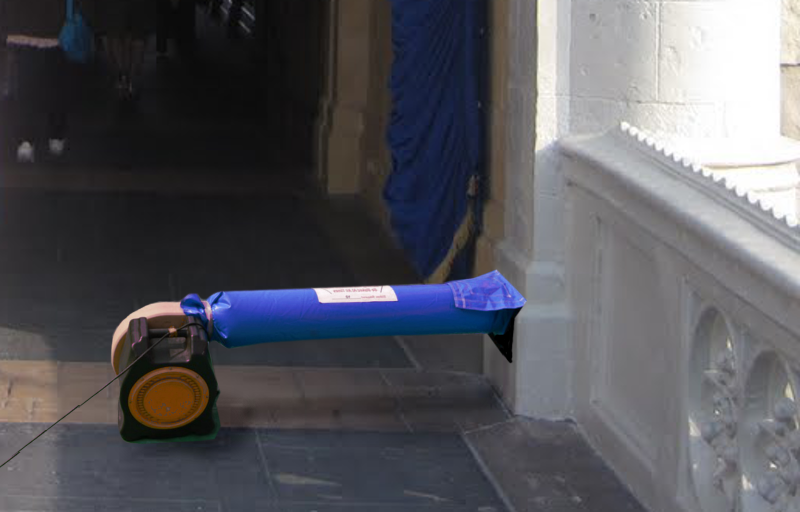 Uncle Walt’s Insider spoke with a Magic Kingdom custodial cast member who expressed a desire to remain anonymous (though his name badge identified him as “Frank” from Ocala, Florida), who was seen manning what looked to be a bounce-house blower attached to the base of the castle. Frank stated, “Oh, yeah, it’s been an accident waiting to happen. Even when touching the castle, most guests can’t tell that it isn’t solid, since they keep the air pressure up so high. The only reason Disney banned drones and selfie sticks was to keep the castle from being popped.”

Walt Disney World officials today issued a press release confirming the incident and stating that the castle was already repaired and suffered no lasting damage. In addition, a family of guests riding out the storm in the Cinderella Castle apartment were not affected by the deflation.

September 12, 2017 by Marty in Florida
© 2020 Uncle Walt's Insider. All rights reserved. All images used with permission. Unless otherwise attributed, all images licensed under Creative Commons CC0 license. This site is protected by reCAPTCHA and the Google Privacy Policy and Terms of Service apply.