“Backstage Family of the Day” regrets being chosen 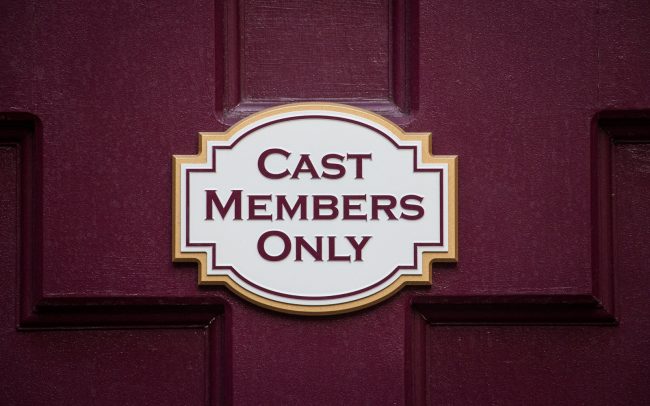 Disney parks are known for surprising their guests with special, magical moments, and many of the people honored gain memories that they will cherish for a long time. The Ramirez family of Avon, Connecticut, however, wishes they would have passed on their recent “special opportunity.”

Magical families at the Magic Kingdom

Many of Disney’s theme parks will pick individual guests or families for special treatment, sometimes out of the blue. There are obvious opportunities, like being chosen out of the audience to be an “extra” at the Indiana Jones Stunt Spectacular at Disney’s Hollywood Studios. Families might be asked to ride in a parade, and up until January of this year, Disney’s Magic Kingdom Park picked a “first family” each morning to “help Mickey open the park.”

So when Josue Ramirez, 38, was asked if he and his family would like to be special guests of the park, he jumped at the opportunity.

“I’d seen other families open the Magic Kingdom, or be Grand Marshals in the parade,” Ramirez shared. “I always wondered what it would take to have that chance. My family [wife Caitlin and three sons, Ben (14), Marco (12), and Jordan (7)] and I had just finished eating at Pecos Bills and were thinking about going to find a spot to watch the 2:00 parade. I was talking with this cast member named Steve, and he was asking about my family, where we were from, how often we’d been to Walt Disney World, that sort of thing.”

That’s when cast member Steve offered them the chance to be the “Backstage Family of the Day.”

“I’d never heard of that, but it sounded like fun,” Ramirez continues. “There are a lot of tours that will take you backstage, but it already costs so much just to go to the parks, we don’t usually want to spend the extra. But I was guessing this meant we’d have some special access or something.”

He was partly correct. “Steve led us off through a gate to the left of Splash Mountain, and then down this curved path to a backstage area. It was so cool! He was pointing out different buildings and what they were for, like the parade buildings were the floats are stored and the parade is staged.

“But then we kept walking. I asked ‘Steve’ if we could go in the parade building, but he said no, because they were getting ready. Which is what I wanted to see. I asked about the Utilidors, and no, we couldn’t go there, either. Eventually he just led us back down another path and we ended up in Town Square, handed us some coupons and a certificate signed by Mickey. He said we could pick any spot that was open to watch the parade there, and then left.”

Still, Ramirez doesn’t consider it a total waste of time. “We got to see some stuff normal guests can’t see, unless they go on Google Earth. Plus we got coupons for two free churros and a 10% discount off the new ‘Magic of Construction Walls‘ tour at the Studios!”

November 29, 2017 by Marty in Florida
© 2020 Uncle Walt's Insider. All rights reserved. All images used with permission. Unless otherwise attributed, all images licensed under Creative Commons CC0 license. This site is protected by reCAPTCHA and the Google Privacy Policy and Terms of Service apply.