Around the World: July news tidbits from WDW 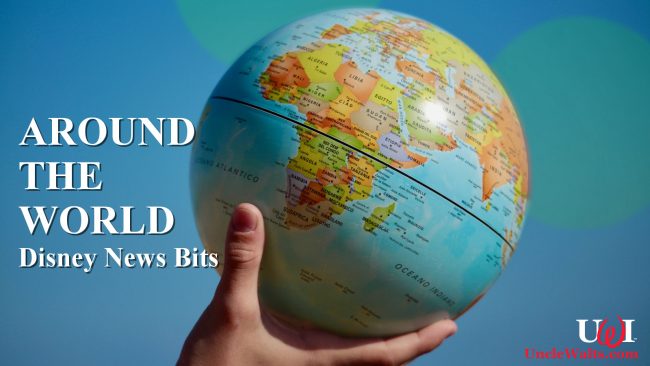 There are a lot of news items that aren’t funny enough or long enough for their own article!

WALT DISNEY WORLD, FL — While you’ve been lounging in your pajamas enjoying your summer vacation, Uncle Walt’s Insider’s intrepid reporters have been hard at work, surfing the internet for Disney news we can spoof, or failing that, just making stuff up. Also in your pajamas. (Sorry, we’ll give them back eventually.)

Here are a few of the stories we’re “covering”:

Disney’s Animal Kingdom Theme Park and Spa is now offering a Rivers of Light dessert / viewing package which includes a buffet of desserts and savory snacks, along with seating in a reserved area for a performance of Rivers of Light. Price is $79 per adult and $47 per child, but for an additional $20 per person you don’t actually have to watch Rivers of Light.

In a surprising move, Disney’s Hollywood Studios and Spa has kept its newest land, Toy Story Land, open and operating for over two weeks since its last refurbishment. Fingers crossed that they make it a whole month!

The Walt Disney World Resort spent an estimated seven billion dollars renovating Downtown Disney into the Disney Springs shopping area we have today. Part of that renovation included creating the appearance of a natural spring, around which the fictional town of Disney Springs developed. The company now reports the existence of an actual, natural spring in the precise location of the fake one. “If only we’d dug a little bit further,” one Imagineer was overheard to say.

Randy Jeffers, a cashier at the Wilderness Lodge Mercantile, will be auditioning soon to be part of this year’s Candlelight Processional at Epcot in the cast member choir. Jeffers, 25, admits that he “can’t carry a tune in a bucket,” but is inspired by the amazing words Walt Disney never actually said: “If you can dream it, you can do it!” This will be Jeffers’ sixth audition attempt.

Guests at Disney’s Hollywood Studios say they have spotted live rats roaming freely at PizzeRizzo restaurant, but Guest Relations cast members insist it’s part of the atmosphere. “It’s a restaurant run by a rat, what do you expect?” some were reported to say. This reporter encountered a similar situation in Epcot’s France pavilion, when a Guest Relations cast member insisted that the rodent I’d seen was “probably just Remy.”

Do you have any fake stories to share? Let us know in the comments below!

July 19, 2018 by Marty in Florida
© 2020 Uncle Walt's Insider. All rights reserved. All images used with permission. Unless otherwise attributed, all images licensed under Creative Commons CC0 license. This site is protected by reCAPTCHA and the Google Privacy Policy and Terms of Service apply.