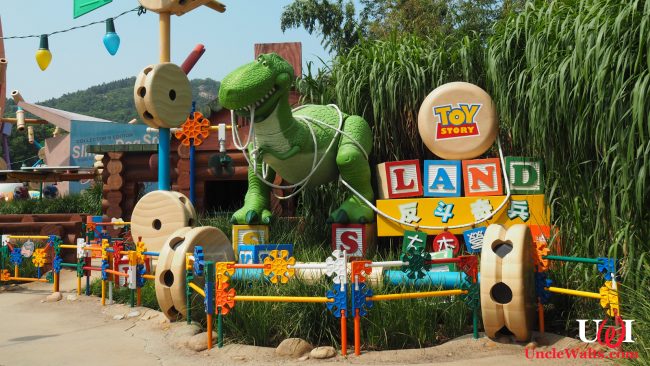 Guests expecting the new land to open today will be disappointed, but there’s a good reason for the shutdown.

DISNEY’S HOLLYWOOD STUDIOS, FL — In a shocking turn, Walt Disney Parks and Resorts and Spas has announced that the new Toy Story Land at Disney’s Hollywood Studios will not open after all. Guests who have endured years of construction walls and have had today’s date circled on their calendars (or whatever the iPhone equivalent of that is) for months are sure to be disappointed.

This sort of behavior is odd, even for Disney. Upon hearing this news, Uncle Walt’s Insider immediately reached out to our go-to Disney spokesperson, Jun Disney (no relation).

“Yes, it is true. Toy Story Land will not be opening,” Ms. Disney (no relation) said, “but not for the reasons that you might think….”

She continued, “Our cherished founder, visionary, head Imagineer, inventor of the beloved Churro and inspiration for everything we do, Walt, said that Disneyland will never be finished. We looked at his words, looked at the new land, and admitted to ourselves that Toy Story Land was just not complete.”

On pressing Ms. Disney (no relation) for more information, she explained, “I will tell you guys what we’re doing, so this is an exclusive! [Ed.: This never happens to us!] During cast member previews and private viewings with celebrities like Tamale Eating Champion Geoffrey Esper [Ed.: 83.5 Tamales, way to go!], those folks who experienced Toy Story Land told us that it lacked heart-tugging emotion.

“The Imagineers then re-watched the Toy Story trilogy and came to the conclusion that we had based the land on the wrong movie! So, we’re completely scrapping Toy Story Land, and instead will re-imagine it as Toy Story 3 Land, and then open. Guests will not notice any visible changes, and the signs and attractions will remain the same. However, they will FEEL more emotions.”

When asked how long Toy Story Land will stay closed, Ms. Disney replied, “Overnight. We considered adding an attraction called ‘The Incinerator,’ but couldn’t figure out how to make it more intense than the Florida sun. So when regular park hours end tonight, we’ll just add the feels and open tomorrow morning.”

Are you ready for all of the feels of Toy Story 3? Let us know in the comments below!

June 30, 2018 by Walt in Florida
© 2020 Uncle Walt's Insider. All rights reserved. All images used with permission. Unless otherwise attributed, all images licensed under Creative Commons CC0 license. This site is protected by reCAPTCHA and the Google Privacy Policy and Terms of Service apply.