2022 Winter Olympics to be held at China Pavilion 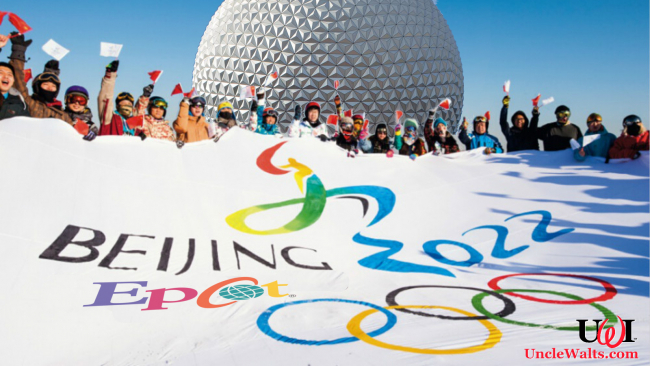 “So much of the infrastructure is already in place.”

BEIJING, CHINA — Preparations continue for the XXIV Olympic Winter Games, the first Winter games to be held in China, scheduled for February 2022. And now organizers say that some or all of the competitions may be held at Epcot.

“Having the games at Epcot solves many problems,” Cai’s interpreter said that Cai said. “We already have a Chinese presence in the World Showcase, with many Chinese nationals working there. So much of the infrastructure is already in place. We could easily just use the All-Star Resorts for the Olympic Village — the Brazilians are used to staying there anyway — with Disney buses providing transportation.”

Many details to decide

What of the sporting events themselves, we wondered?

“Well,” Cai’s interpreter replied, hopefully still translating the words of the committee president, “obviously it might be difficult to host any events in the China Pavilion itself, given its size, but we could put the media there. The Canada pavilion’s hockey rink is a natural venue for curling and, well, hockey. And there’s lots of space available at the ESPN Wide World of Sports.

“But can you imagine having the opening and closing ceremonies around the World Showcase Lagoon? That would be fantastic. Of course, we’d create them to showcase our glorious China, but I’m sure we could also use some of Disney’s talent. I hear they know a guy named Steve who does amazing things with sparklers.”

One more detail we had to ask about: snow. After all, Florida is not exactly a frigid location, even in February.

“Not a worry,” said… whoever. “After all, Beijing is not exactly known for having snow in the wintertime itself. If we can make snow there, we’ll make it anywhere.”

So, should they be called the Orlando Winter Olympics now? Let us know in the comments below!

February 5, 2019 by Marty in Florida, World
© 2020 Uncle Walt's Insider. All rights reserved. All images used with permission. Unless otherwise attributed, all images licensed under Creative Commons CC0 license. This site is protected by reCAPTCHA and the Google Privacy Policy and Terms of Service apply.