Universal announces new “Smoke ’em if you got ’em!” policy 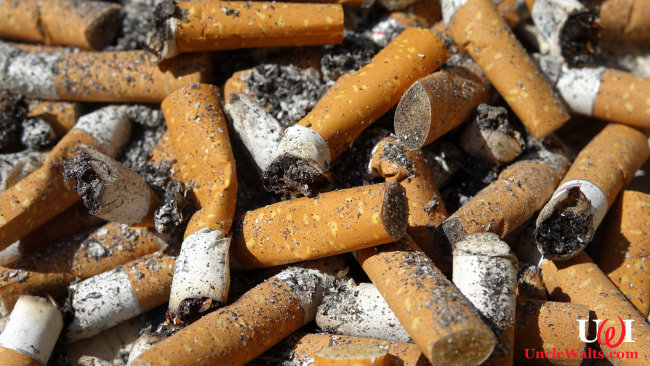 They’re hoping smokers will abandon Disney parks, where smoking will soon be banned.

UNIVERSAL CITY, CA — Universal is always looking for ways to set themselves apart from Disney. Even so, the company’s response to Disney’s new smoking ban is surprising, as officials from NBCUniversal have announced a shocking new policy effective May 1st at all of their theme parks. The so-called “Smoke em if you got em!” policy will allow guests and employees to “light up” whenever, and wherever, they would like.

There are a few exceptions, most notably where local, state, federal, and intergalactic regulations prohibit smoking. This new policy is part of a larger change in rules that will also allow wagons into the parks, ice chests filled with glorious chunks of frozen water, as well as dry ice, and pets. Yes, pets.

Our crack team of reporters at Uncle Walt’s Insider were unable to locate these new rules, but a kid on the street pulled them from the Universal Studios Hollywood website after we paid him $20. [Ed:. We need to explore this ‘Google’ more and see what else it can show us!]

Here is Universal’s “FAQ” [Ed.: Not sure what that stands for] about the new policies:

Q. Can I bring in my Keenz Stroller Wagon?

Q. Can I bring in an ice chest filled with ice? What about dry ice?

Q. Can I bring my pet to Universal Studios Hollywood Resort?

A. Since you’re going to lie and say that your pet is a service animal anyway, we’ve decided to allow all leashed pets into the Universal Studios Hollywood Resort. This includes all guest areas. The only exception is any pet or service animal riding in a stroller or carried in a bag, unless it is a goldfish. Everyone agrees that using a stroller for your pet is ridiculous. Even in California.

Filtered or filterless? Buy a pack of smokes or roll your own? Let us know in the comments below!

April 17, 2019 by Walt in California, Florida
© 2020 Uncle Walt's Insider. All rights reserved. All images used with permission. Unless otherwise attributed, all images licensed under Creative Commons CC0 license. This site is protected by reCAPTCHA and the Google Privacy Policy and Terms of Service apply.