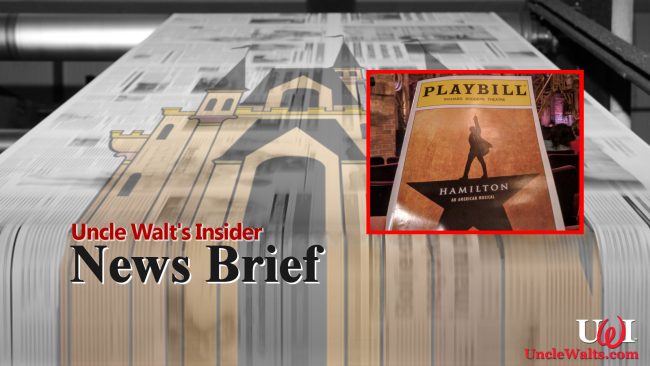 Harry Potter will have a new neighbor from the colonies.

In 2007, the Universal Studios theme parks in Orlando and Hollywood scored a coup over their Disney rivals when they obtained rights to the popular Harry Potter books and movies. The resulting “Wizarding World of Harry Potter” has been an unqualified success. Universal is hoping the new Colonial World of Alexander Hamilton (name subject to change) will be a hit as well.

March 17, 2018 by Marty in California, Florida
© 2020 Uncle Walt's Insider. All rights reserved. All images used with permission. Unless otherwise attributed, all images licensed under Creative Commons CC0 license. This site is protected by reCAPTCHA and the Google Privacy Policy and Terms of Service apply.