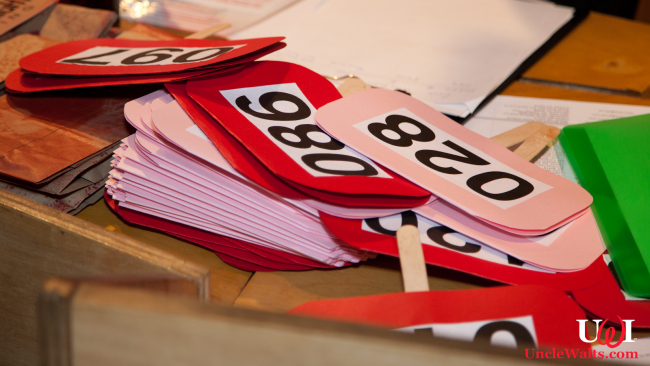 Shorter waits for the more popular Galaxy’s Edge will go to the highest bidder.

ANAHEIM, CA — As the Disneyland Resort and Spa prepares for the opening of its new Star Wars: Galaxy’s Edge and Spa area this summer, to be followed in the Fall by its counterpart at Disney’s Hollywood Studios and Spa, fans of the movie franchise are eagerly anticipating all the spacey goodness that awaits. But now word has leaked that the initial release of Fastpasses will not go to the general public. Instead, they will be sold at auction.

A galaxy far, far too pricey for most

“Yep,” says Disney (the company) spokesperson Jun Disney (no relation). “We thought, you know, these Star Wars fans will camp out for weeks to see a new movie. They surely won’t mind a long stand-by line. After all, there are a lot more real Star Wars fans than Avatar ones, and look how people were willing to stand in line for four or more hours just to ride a banshee!

“So we’ll have a bit of a fundraiser for the Fastpass times, and the real Star Wars fans can wait in line with the other nerds.”

So it’s a fundraiser, we asked?

“Well, we’ll call it that,” Disney (no relation) replied. “We’ll say its for orphaned Wookiees or something. People eat that stuff up.”

Disney (no relation) does say the auctioning of Fastpasses will be temporary: “Oh, yeah, no need to do this forever. Just until the initial interest wears off. Two, three years tops.”

How much would you pay for a Millenium Falcon Fastpass? Let us know in the comments below!

February 13, 2019 by Marty in California, Florida
© 2020 Uncle Walt's Insider. All rights reserved. All images used with permission. Unless otherwise attributed, all images licensed under Creative Commons CC0 license. This site is protected by reCAPTCHA and the Google Privacy Policy and Terms of Service apply.