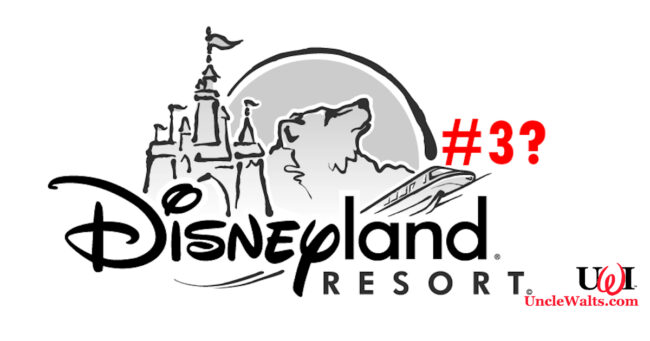 Normally we don’t pass along rumors. We start them.

ANAHEIM, CA — Rumors are flying (or soon will be) after a major theme park news website broke the story that a third theme park may be added to the Disneyland Resort and Spa. The third park will join Disneyland Park and Disney California Adventure.

Although a name for the park and a specific location have not been revealed, it is suspected that Disney will try to copy the unqualified success of California Adventure. So, look for the theme of the park to be a place people are already in — maybe Disney’s Anaheim Experience Park, or Disney Greater LA But Cleaner Than The Real Thing Park?

Also, we anticipate that, like California Adventure, the new park will be built on an existing parking lot. This will most likely be in the Mickey and Friends Parking Garage and Spa. If so, the new park will be the first multilevel Disney park since that ill-fated experiment in 1985 when the Magic Kingdom Utilidors were opened to guests as an attraction.

Check back here for more rumors as soon as we can think them up!

What do you think the new park will be? Let us know in the comments below!

Cover photo: What will the third gate be? Graphic courtesy all-free-download.com.

January 23, 2022 by Marty in California
© 2020 Uncle Walt's Insider. All rights reserved. All images used with permission. Unless otherwise attributed, all images licensed under Creative Commons CC0 license. This site is protected by reCAPTCHA and the Google Privacy Policy and Terms of Service apply.