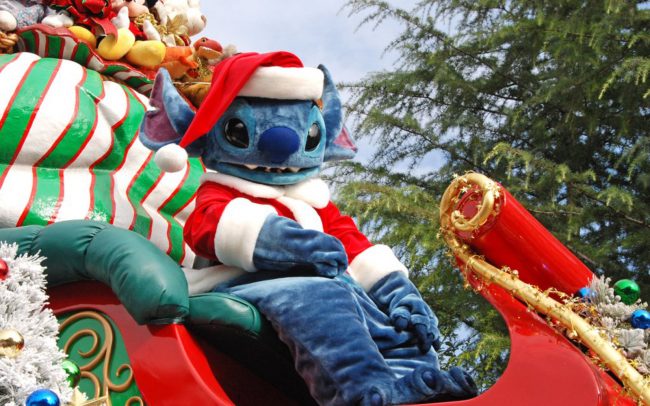 All was not merry and bright at Epcot yesterday as two of Disney’s Holiday Storytellers, Father Christmas from the United Kingdom pavilion and Père Noel from the France pavilion, were seen arguing loudly on the bridge between the two areas. Details of the argument were not readily available, but some guests report hearing the words “baguette,” “chunnel” and “toad in the hole” amongst the yelling, as well as disparaging comments about the relative sizes of the two characters, in both directions. The fight had just escalated to mutual slapping when cast members arrived to separate the two and return them to their own pavilions.

Disney Cruise Line has added a new port of call to its Arctic cruises during the month of December, as the Disney Magic has been making stops at the Island of Misfit Toys. Available shore excursions include a special dental examination appointment with elf dentist Hermey and a tour of the Island by King Moonracer himself!

Self-proclaimed “former atheist” Calleigh Gardner credits actor Neil Patrick Harris with helping her come to believe in the existence of God. Gardner, 29, was attended the 5:00 p.m. Candlelight Processional at Epcot on December 20, knowing that Harris was scheduled to be the celebrity narrator for that evening. “I really didn’t go into it caring about the music or the story,” Gardner shares. “I just wanted to see N.P.H. He’s like an idol of mine. I kind of figured he’d be cracking jokes and cutting up the whole time.” Gardner’s voice got soft at this point. “But he just told the story, the one about Jesus and the shepherds and angels… Maybe it’s crazy, but to me, if the great Neil Patrick Harris can’t make something into a joke, there must be something to it.” This is the second reported miraculous occurrence at Epcot’s Candlelight Processional this year.

Apparently embracing his status on the Naughty list, mischievous alien Experiment 626, better known as Stitch, hijacked Santa’s sleigh float in Disneyland’s Christmas Fantasy Parade on Friday. The move was apparently not planned, as guests reported seeing what seemed to be a real physical struggle between Stitch (who was dressed as Santa) and Saint Nicholas, with the portly real Santa Claus being thrown down and rolling off of the side of the float as it passed the Hub in front of Sleeping Beauty Castle. An irate Santa was heard muttering very un-Disney words as he stormed offstage. The float did not appear in yesterday’s parade.

December 24, 2017 by Marty in California, Florida, Other, World
© 2020 Uncle Walt's Insider. All rights reserved. All images used with permission. Unless otherwise attributed, all images licensed under Creative Commons CC0 license. This site is protected by reCAPTCHA and the Google Privacy Policy and Terms of Service apply.