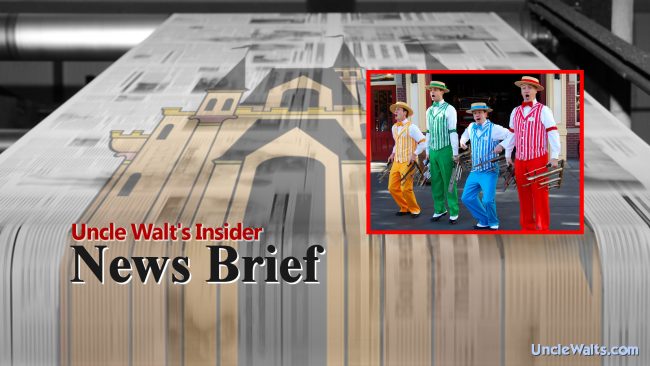 The popular music styles have been around for decades, after all.

ANAHEIM, CA & WALT DISNEY WORLD, FL — Sources within Disney Parks and Resorts have confirmed that the Dapper Dans, the popular barbershop quartet that resides on Main Street USA in California’s Disneyland Park and Florida’s Magic Kingdom Park, will be adding barbershop arrangements of hiphop and grunge classics to their repertoire. While some see the move as controversial and possibly out of place for Main Street’s turn of the 20th century theming, Disney maintains that the Dans have always performed classic songs from the distant past, and these “new” styles have actually been around for many, many years now. “Remember, these will be the good old days twenty years from now,” a spokesperson told Uncle Walt’s Insider. “Who knows what they’ll be singing in years to come? But for today, I think guests will enjoy hearing barbershop arrangements of Grandmaster Flash, Run-DMC, Pearl Jam, and Stompin’ Tom Connors.”

Regular readers of Uncle Walt’s Insider (both of you) will recall that this is not the first time Disney has added contemporary music to Main Street USA.

March 6, 2018 by Marty in California, Florida
© 2020 Uncle Walt's Insider. All rights reserved. All images used with permission. Unless otherwise attributed, all images licensed under Creative Commons CC0 license. This site is protected by reCAPTCHA and the Google Privacy Policy and Terms of Service apply.