News Brief: “Major” music video to be shot at Disneyland 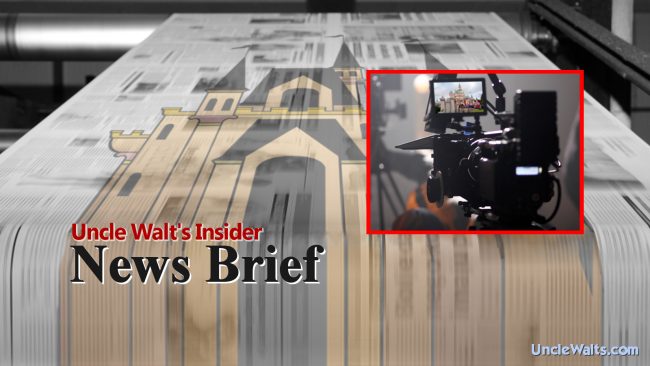 Who says that Video Killed the Radio Star?

ANAHEIM, CA — A source close to Disneyland Resort Hotel Operations has informed Uncle Walt’s Insider that a “major recording artist” will be shooting a music video at one of the hotels of the Disneyland Resort. The source mentioned a precedent for music videos being filmed at Disney Hotels. “Ever since the Beach Boys filmed Kokomo at Disney’s Grand Floridian Resort and DVC Villas and Wedding Pavilion and Spa, bookings have been off the hook. They just want to capitalize on that in Cali.” Although the source wouldn’t say who the recording artist was, they did say “It’s big. Huge! Someone I guarantee you’ve heard of. Maybe not quite as famous as Stompin’ Tom Connors, but they’re big!”

March 1, 2018 by X in California
© 2020 Uncle Walt's Insider. All rights reserved. All images used with permission. Unless otherwise attributed, all images licensed under Creative Commons CC0 license. This site is protected by reCAPTCHA and the Google Privacy Policy and Terms of Service apply.