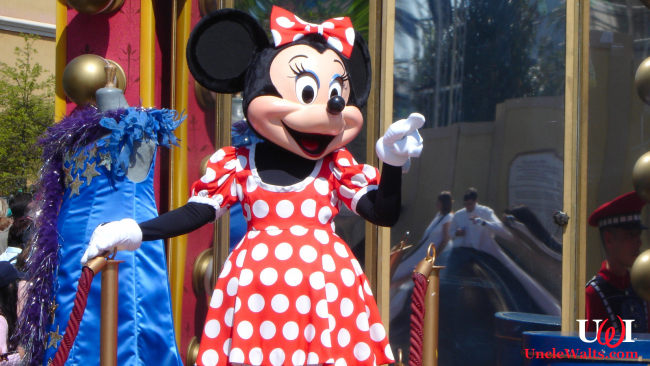 DISNEYLAND, CA — Less than one week after Uncle Walt’s Insider reported that a feral cat had eaten Minnie Mouse, some guests report seeing Minnie alive and well in the park.

This is not only extremely suspicious, but raises several questions. What really happened?

How could this have happened?

Here are the possibilities, starting with the most likely and going to the least:

(1) It was all a hoax, staged by Disney, in order to get attention and boost theme park attendance. After all, they did put out a statement saying that “in lieu of flowers, the family requests that you just visit Disneyland and spend lots of money so it will end up in Mickey’s bank account eventually.”

(2) Minnie wanted a break from the daily grind. She faked her death because her morals clause with Disney wouldn’t allow her to use the usual celebrity “break” method (“exhaustion” followed by a stay at the Betty Ford Clinic). She then either came back voluntarily when she realized she missed it, or more likely, was tracked down by Disney goons and forced back to work.

(3) Minnie actually was eaten, but the current “Minnie” appearing in the park is an exact replica, created through some nefarious Disney cloning technique. (You know, like they’ll use to reanimate Walt.) We rate this as “unlikely” because even though she and the other characters appear daily at all 14 Disney parks around the world, we know that there is only one of each.

(4) And last, it’s possible that Uncle Walt’s Insider made the whole thing up. This is really unlikely, as we were there when we wrote the story, and we’re pretty sure we would remember making it up.

Rest assured, our Uncle Walt’s investigators are on this story. We will try to get an interview with Minnie soon. (If possible, that is. She never speaks to us when we meet, no matter how long we wait in line.)

What’s your favorite theory? And are churros involved? Comment below!

March 23, 2019 by Marty in California
© 2020 Uncle Walt's Insider. All rights reserved. All images used with permission. Unless otherwise attributed, all images licensed under Creative Commons CC0 license. This site is protected by reCAPTCHA and the Google Privacy Policy and Terms of Service apply.