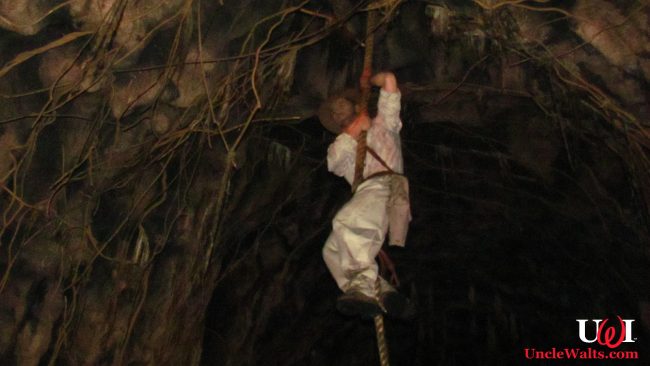 He’ll be replaced by audio-animatronics.

DISNEYLAND, CA — Actor Harrison Ford, age 77, has informed Disneyland officials that he will no longer be playing Indiana Jones in the Indiana Jones Adventure ride. A spokesperson for the actor says that the repeated performances for each ride vehicle, involving rope climbing and outrunning large boulders, was becoming too much for Ford, especially when combined with his multiple daily performances in Florida’s Indiana Jones Stunt Spectacular.

The ride will be closed for “refurbishment” in early November. Look-alike animatronics will be installed at that time, replacing Ford.

In the future, Ford will limit himself to appearing in the stunt show only. This will free up more time for his hobbies of helicopter rescues and landing small aircraft on busy taxiways.

Johnny Depp will still continue to appear in the Pirates of the Caribbean and elsewhere.

Do you think he deserves a break after only 22 years? Let us know in the comments below!

October 14, 2019 by Marty in California, Florida
© 2020 Uncle Walt's Insider. All rights reserved. All images used with permission. Unless otherwise attributed, all images licensed under Creative Commons CC0 license. This site is protected by reCAPTCHA and the Google Privacy Policy and Terms of Service apply.