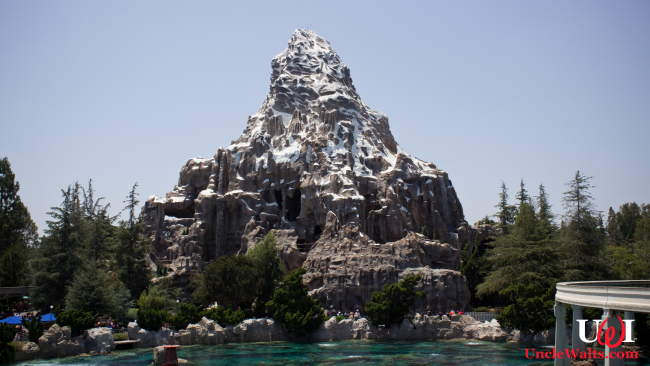 The International Court rules that the mountain and its name are a Swiss trademark.

ANAHEIM, CA — In a legal blow to the original Disney theme park, the Disneyland Resort and Spa will be forced to change and rename its iconic Matterhorn peak.

The country of Switzerland filed suit many years ago alleging that the miniature mountain infringed upon its rights as a national trademark. On Wednesday, the International Court agreed, ordering Disneyland to change the name and appearance of the park’s version of the Matterhorn.

“This wasn’t wholly unexpected,” Disneyland President Josh D’Amaro tells Uncle Walt’s Insider. “And we’ve been preparing. We’re not sure what we’ll do with the not-Matterhorn, but we’ve been considering various options.

“My favorite so far is spray-painting the whole thing brown and renaming it the Big Pile O’ Chocolate Puddin’. Unfortunately, though, test audiences haven’t responded well to that concept art.”

D’Amaro is confident of one thing, though. “Whatever we do with it, we’ll make sure that huge basketball arena stays put!”

What would you do with the Matterhorn? Would a different flavor of puddin’ work? Comment below!

December 20, 2018 by Marty in California
© 2020 Uncle Walt's Insider. All rights reserved. All images used with permission. Unless otherwise attributed, all images licensed under Creative Commons CC0 license. This site is protected by reCAPTCHA and the Google Privacy Policy and Terms of Service apply.