Disneyland expansion: what you need to know - Uncle Walt's Insider

Disneyland expansion: what you need to know 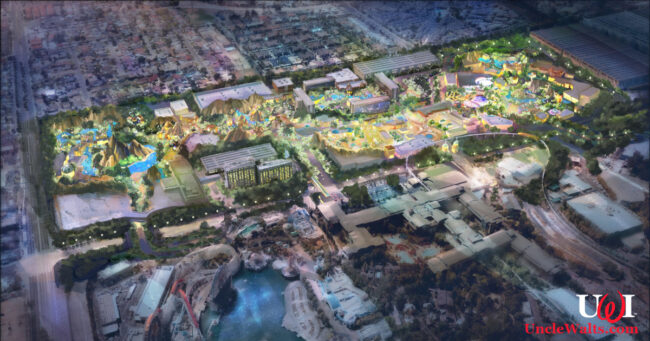 We guarantee: there will be more or different stuff! (Fact check: true.)

ANAHEIM, CA — Disney announced expansion plans for its California parks this week, and fans around the world are waiting for more details to surface.

We at Uncle Walt’s Insider, however, have never liked waiting around for official (read: “correct”) announcements. So, based on our access to inside information coupled with our imagination, and with our usual level of accuracy (17%), here’s what you can expect from the new development in Anaheim:

Finally, some relief for the most crowded days! Folks who drive to the Disneyland Resort will no longer have to stay stopped on the streets for hours waiting to get into a parking garage. The first structure to be built on the repurposed property will be a new parking garage specifically dedicated to the current parking garages. That way folks can avoid waiting in the streets by paying to park and wait in a parking garage!

The new area will come with a new shopping district. Rather than fill the space with name brand offerings, however, Disney is jumping at the chance to hawk more generic “Disney Parks” t-shirts, mugs, hats, and undergarments.

Call this an unintended consequence. With new park offerings extended to the west, Galaxy’s Edge is no longer on the edge of anything. So, sorry, it has to go.

There will be new room for more attractions, so California Adventure is looking for a Tilt-a-Whirl or swinging boat ride or the like to install. Park execs will follow the standard procedure, we’re sure: throw a dart at a board covered with different Disney characters to decide if the ride will be themed as “Donald Duck’s Wacky Whirl” or “Captain Hook’s Pirate Scramble.”

A replica of Disneyland may appear

This is actually pretty exciting news for SoCal park enthusiasts! Since Disneyland moved to Texas during the pandemic, there’s a possibility that Disney may build a replica Disneyland where the old one stood. So who knows? When you next go to Anaheim, you might see a park that looks like Disneyland, right where the old one was!

What else will Disney do with the new land? Let us know in the comments below!

Cover photo: Artist’s conception of what Disneyland would look like in the future if it hadn’t already moved to Texas! Photo © 2021 Disney.

March 27, 2021 by Marty in California, World
© 2020 Uncle Walt's Insider. All rights reserved. All images used with permission. Unless otherwise attributed, all images licensed under Creative Commons CC0 license. This site is protected by reCAPTCHA and the Google Privacy Policy and Terms of Service apply.