Report: After California Adventure, Disney considered a new Adventure park for every state 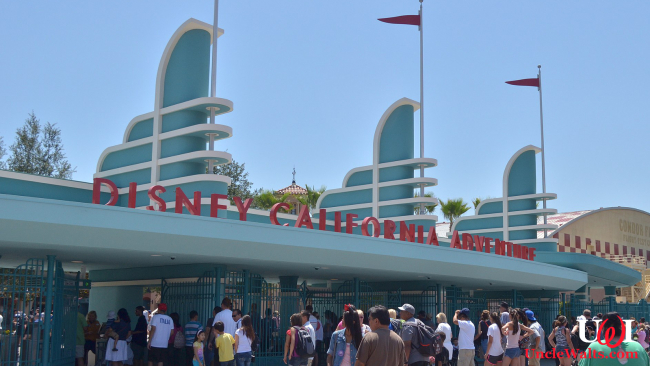 The next would have been Disney’s Rhode Island Adventure.

BURBANK, CA — Newly-released documents from the Disney Archive show that the company once considered building a “Disney’s <State> Adventure” park in every state.

When the California Adventure park opened in 2001, the Mouse anticipated that it would be a huge success, and a model to follow. Instead, critics savaged the park for several missteps: using “off the shelf” rides for one, and a general lack of churros. But the biggest criticism was for having a park themed to the state of California in the actual state of California.

The newly-revealed documents show that the company would have followed up California Adventure with “Adventure” theme parks in other states.

“Rhode Island Adventure was the next to be built,” Disney (no relation) explains. “First, because it would give us a upper East Coast presence. But mostly because it would have been small and cheap to build. It was going to fit into the parking lot of a Pawtucket Save A Lot grocery store.”

The idea was revisited briefly when California Adventure was rethemed a few years after it opened.

“Everyone knows we sank a billion-with-a-B dollars into remaking California Adventure,” says Disney (no relation), “retheming it to the golden years of the early 20th century, when Walt Disney (no relation to Jun) first arrived in Hollywood.

“But that was only one of the options. Since folks criticized the park for being themed to the state it was in, we also considered retheming it to a different state — I think it would have been Nebraska. Then we could build different ‘state adventure’ parks in other states, like Kentucky Adventure in Hawai’i, or Texas Adventure in Oklahoma.”

Which states’ parks should go into other states? Let us know in the comments below!

April 20, 2019 by Marty in California, World
© 2020 Uncle Walt's Insider. All rights reserved. All images used with permission. Unless otherwise attributed, all images licensed under Creative Commons CC0 license. This site is protected by reCAPTCHA and the Google Privacy Policy and Terms of Service apply.