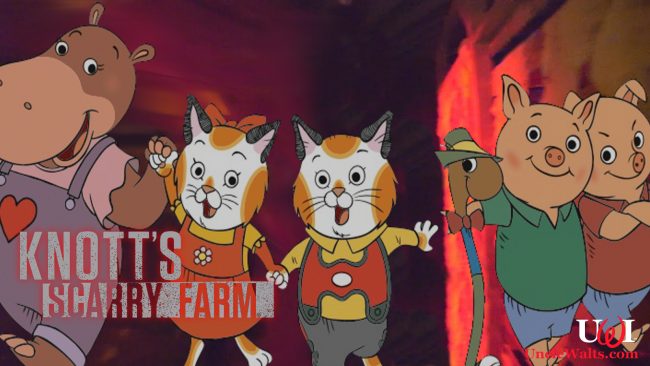 BUENA PARK, CA — Knott’s Berry Farm has announced the dates for its annual Halloween transformation. From September 19 through November 2, the park will be transformed into Knott’s Scarry Farm on selected nights, and will be haunted by the terrifying animal characters created by children’s author Richard Scarry.

“Most parks go for the whole ghouls and goblins thing at Halloween,” says Knott’s (the theme park) spokesperson Jun Knott (no relation to park founder Don Knotts). “But to us, nothing is creepier than being surrounded by the animals of Busytown.”

Knott (no relation) shudders a little.

“I personally can stare down a skeleton or zombie any day,” she says. “But if I were to meet Huckle Cat, Hilda Hippo or Lowly Worm in a dark alley, I would totally lose it.”

Knott’s Scarry Farm is a separate ticketed event, with admission set at $43 per person, payable only in Busytown currency.

Which Scarry animal scares you the most? Let us know in the comments below!

Cover photo: The scariest creatures at Halloween are also the Scarry-est! Photo by Sharp Productions via YouTube & BlessedWithGrace.net.

September 10, 2019 by Marty in California
© 2020 Uncle Walt's Insider. All rights reserved. All images used with permission. Unless otherwise attributed, all images licensed under Creative Commons CC0 license. This site is protected by reCAPTCHA and the Google Privacy Policy and Terms of Service apply.