Scrims come down around Sleeping Beauty Castle; absolutely nothing changed 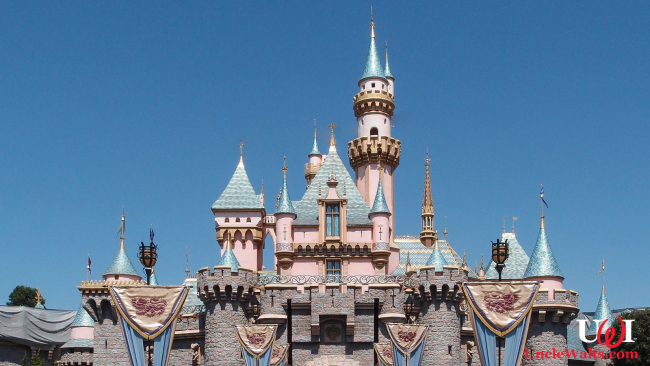 No new paint scheme or repairs done. Why did they hide the castle for months?

DISNEYLAND, CA — Since January of this year, Disneyland’s Sleeping Beauty Castle has been hidden behind scrims and scaffolding, apparently undergoing “refurbishment.” Well, the scrims are down now, and absolutely nothing is different.

“Not a thing,” says Disney vlogger “Spencer.” [Ed.: Not his real name. It’s Jake.] “I’ve even gone over before-and-after hi-rez photos of the castle in a detailed comparison. It’s not just the same color scheme, it’s the same paint. Every little faded patch or discoloration is exactly the same.”

All about the image

Uncle Wald’s Insiter reached out to our favorite Disney (the company) spokesperson Jun (June?) Disney (no relation) for an explanation.

“Busted,” Disney (no relation) replied. “Yeah, it’s an image thing. We put up scrims for months to give the impression that we’re freshening up the place. Our frequent guests love knowing we’re investing in ‘upgrades’ for the park.

“But we found that we get the same boost in perception whether or not we actually spend money improving things. So we throw up the scaffolding, then eventually take it down without spending a dime on actual work. And everyone’s happy! Please don’t report this, it’ll ruin everything.”

In a related story, Uncle Walt’s Insider will be down for repairs soon. In the meantime, comment below!

May 22, 2019 by Marty in California
© 2020 Uncle Walt's Insider. All rights reserved. All images used with permission. Unless otherwise attributed, all images licensed under Creative Commons CC0 license. This site is protected by reCAPTCHA and the Google Privacy Policy and Terms of Service apply.