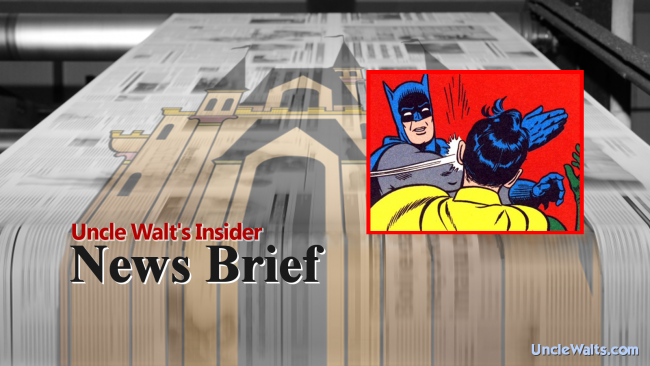 The Disney policy announced in November is now fully in effect.

BURBANK, CALIFORNIA — As reported in November, Disney cast members are now authorized to use “limited physical force” if a guest asks directions to a competitor’s property. Disney Parks and Resorts chairman Bob Chapek, who first announced the policy, confirmed today that all cast members have received additional training for handling those guests who either don’t realize that Disney and Universal are two different companies, or worse, don’t care. According to Chapek, the allowed contact can range from a “playful nudge” to a full “slap upside the head.”

February 10, 2018 by Marty in California, Florida
© 2020 Uncle Walt's Insider. All rights reserved. All images used with permission. Unless otherwise attributed, all images licensed under Creative Commons CC0 license. This site is protected by reCAPTCHA and the Google Privacy Policy and Terms of Service apply.