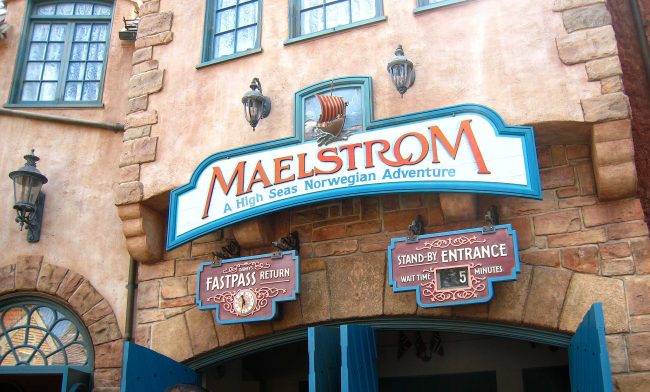 Union officials representing trolls displaced by the reworking of Epcot’s Maelstrom ride into Frozen Ever After have filed a formal grievance against the Walt Disney World Resort. The grievance lists several issues, including that the new attraction is not actually about Norway (the pavilion in which it is located), and that non-union trolls were brought in for the Frozen ride. No arbitration date has been set.

Orange County deputies issued a traffic citation for “Unsafe Speed” to Tara Benton of Eugene, Oregon, after her ride vehicle was clocked at 83 miles per hour. This is the first traffic ticket issued at the attraction since 2008, when Llewellen Pritchard of Conwy, Wales, was cited for driving on the wrong side of the roadway.

Disney Theatrical Productions have announced their next project, a musical based on Disney’s 1991 summer blockbuster The Rocketeer. The film, which starred Billy Campbell and Jennifer Connelly, tells the story of an aircraft mechanic who fights crime and Nazis using a jet-powered backpack. Previews are expected to open in Boston in the fall of 2018.

Disney’s Animal Kingdom Theme Park announced Saturday that its popular “Ride the Tiger” experience is “suspended indefinitely” and will likely not reopen. The attraction, an extra-cost experience located next to the Maharaja Jungle Trek, had received numerous complaints, and at least three guests have been hospitalized in the past several months for “bites and scratches.” Surprisingly, none of a complaints were from PETA (“People for the Ethical Treatment of Animals”); a PETA representative speaking anonymously expressed disappointment at the closure and described the experience as “really cool.”

Disney Parks and Resorts chairman Bob Chapek announced today a policy authorizing cast members to use “limited physical force” if a guest asks directions to a competitor’s property. According to Chapek, the allowed contact can range from a “playful nudge” to a full “slap upside the head.”

November 5, 2017 by Marty in California, Florida, Other
© 2020 Uncle Walt's Insider. All rights reserved. All images used with permission. Unless otherwise attributed, all images licensed under Creative Commons CC0 license. This site is protected by reCAPTCHA and the Google Privacy Policy and Terms of Service apply.