New Adventures by Disney, um, adventure: "A Suitcase and a Dream" |

New Adventures by Disney, um, adventure: “A Suitcase and a Dream” 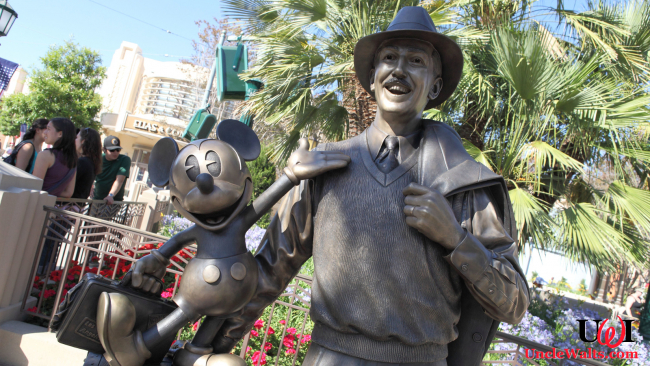 Travelers will relive Walt’s California arrival with almost nothing to his name!

CELEBRATION, FL — Fans of Walt Disney and his rags-to-riches story now have an opportunity to walk in his footsteps. And not just through some cheesy, expensive tour of Disneyland, either!

No, Adventures by Disney has announced its latest vacation package offering: “A Suitcase and a Dream: Relive Walt’s Arrival in California.” For as little as $2600 per person, guests will get to experience the thrill of, well, reliving Walt Disney’s arrival in California.

“Our guests will be put in exactly the same situation Walt was when he arrived in California in the summer of 1923,” says Adventures by Disney spokesperson Jun Disney (no relation). “The ‘Suitcase and a Dream’ package includes transportation to a train station in Burbank. There our travelers will be provided with a cardboard suitcase filled with their own clothing, and $40 in cash.

“But that’s not all! Each traveler also receives a set of Alice Comedies film reels to peddle to distributors. In other words, they’ll arrive in L.A. just like Walt did — with practically nothing!”

Disney (no relation) is excited about the offering.

“This is a completely new venture for us! Unlike our other adventures, which have a set timetable, the ‘Suitcase and a Dream’ adventure is entirely open-ended. We provide the same resources Walt had when he got to the Golden State, and then turn you loose to see if you can do as well as he did!”

The end of the adventure comes whenever the guests either give up or have a thriving Animation Studio. In either instance, Disney (no relation) says, they be able to keep the cardboard suitcase and the film reels. And if this new tour proves popular, there are other such adventures in the works.

“I probably shouldn’t talk about this yet,” Disney (no relation) confides, “but I’m particularly excited about our ‘It’s Kind of Fun to Do the Impossible’ Adventure. That’s where our guests will be provided a 160-acre orange grove, to see if they can turn it into an theme park in just a year.”

Could you survive like Walt did? Let us know in the comments below!

Cover photo: The inspiration for the latest Adventures by Disney… adventure. Photo by Sam Howzit [CC BY 2.0] via Flickr.

May 23, 2019 by Marty in California, World
© 2020 Uncle Walt's Insider. All rights reserved. All images used with permission. Unless otherwise attributed, all images licensed under Creative Commons CC0 license. This site is protected by reCAPTCHA and the Google Privacy Policy and Terms of Service apply.