Ten reasons SeaWorld is NOT as good as a Disney park! - Uncle Walt's Insider

Ten reasons SeaWorld is NOT as good as a Disney park! 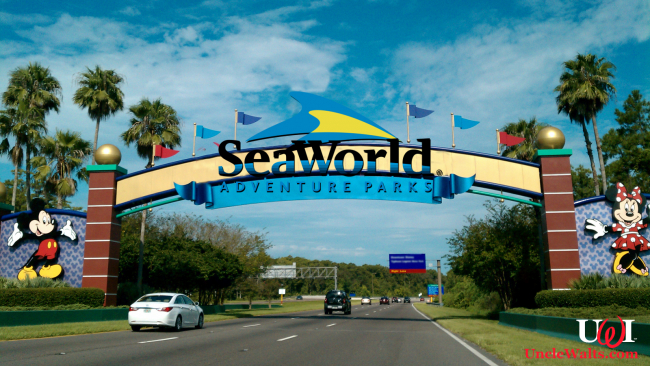 Apparently some misguided people seem to think visiting SeaWorld is like going to Disney?

SAN ANTONIO, TX — Numerous online articles [Ed.: Meh, instead of linking, let them Google it for themselves!] claim visiting SeaWorld is just like visiting Disney, but SeaWorld is NOT even close to being like Disney!

Our very own Uncle Walt recently visited SeaWorld San Antonio to investigate this popular misconception. He has compiled 10 reasons as to why SeaWorld is not Disney.

You’ll realize you’re not at a Disney park before you ever enter the gates. There are no trams, boats, or monorails to take you to the entrance. Even guests in the overflow parking, located two counties over, are subjected to walking along the black, hot asphalt to the park entrance. Seriously, this is Texas. We’re pretty sure they have their own Sun!

Of course, guests can pay an additional amount to park up close. So far, this additional charge is the only thing that resembles Disney.

The costumed characters greeting you at SeaWorld are completely unrealistic. A penguin, shark, and dolphin pose for pictures with guests? First of all, the arctic penguin would die in this heat. The shark and dolphin would a) die out of the water and b) if they did survive, would be fighting like two kids home during summer vacation.

Their cast members are called Ambassadors. There wasn’t even an embassy!

Sure, the coasters have fun names, buty they completely lack theming. Even the “rescue” coaster’s weak attempt does not count. Fun ride, boring theme. Also, there’s no grouping ambassador, which means lining up at the gates is chaos, like being in the Wild Wild West. Maybe this is intentionally part of the Texas atmosphere?

SeaWorld’s animal shows are actually the best part of visiting. Fun, educational, and entertaining! We give it a 4.5 out of 5 churros (only because I was hungry and ate 1/2 a churro). Maybe Disney will learn something and add dolphins to the new Epcot World Showcase Lagoon show. 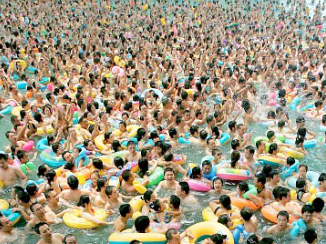 Aquatica on a lightly-attended day. Photo by weirdchina [CC BY 2.0] via Flickr.

Unless you enjoy swimming with about 27,000 other people, do NOT visit the water park, Aquatica. Unlike Disney, who actually understands their parks’ capacity, SeaWorld seems happy to fill every square inch of their pools, water slides, and lazy rivers with guests.

8. The need to make sure you know what park you’re in

Speaking of swimming, SeaWorld and Aquatica are in fact two different parks with different entrances. Jumping into an empty pool in SeaWorld will just cause the trainers to yell at you. Won’t make that mistake again.

At SeaWorld, guests are not called guests. They are called “an inconvenience” — or maybe that’s just how I was treated.

Churros! They have churros!!! So in this respect they are like Disney, but here’s where SeaWorld has an advantage over the Mouse. We asked if they have cream cheese filled pretzels, and the Ambassador spit on the ground, and angrily asked why anyone would want one of those disgusting things!

The name is SeaWorld, not Disney’s SeaWorld or Walt Disney Presents SeaWorld. That alone should be enough.

Does the presence of churros actually link them to Disney? Let us know in the comments below!

July 12, 2019 by Walt in World
© 2020 Uncle Walt's Insider. All rights reserved. All images used with permission. Unless otherwise attributed, all images licensed under Creative Commons CC0 license. This site is protected by reCAPTCHA and the Google Privacy Policy and Terms of Service apply.