Parents discover YouTube videos of Disney parks: “No need to go there!” 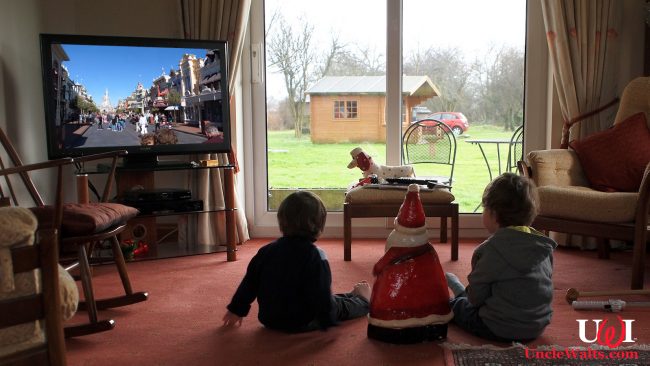 It’s the next best thing to being there.

LITTLE ROCK, AR — Darlene Burke, a Little Rock mother of four, has changed her mind about going to Walt Disney World. And not just for the short term.

“We had a trip planned for May, after the kids got out of school,” Burke explains. “But with this virus thingy, Steve (her husband) and I decided to cancel while we could. Sure, the kids were disappointed — us, too — but they understood when we explained what was going on.”

To pass the time and entertain her kids, Burke looked up Disney rides on YouTube.

“It turns out there are hundreds, even thousands of videos of Disney parks!” Burke exclaimed. “Apparently everyone — everyone — constantly records everything they do when they go to Disney, and then posts the videos online. Shoot, we were looking forward to riding the new Mickey and Minnie’s Runaway Railway, and maybe Rise of the Resistance, but there were tons of videos of both posted on the days that they opened!”

Why pay to go there?

“We turned it into a ‘virtual trip,'” Burke continues, “watching videos taken just walking through the parks. Then we’d find videos of ride after ride. The kids loved it, and it really seemed to satisfy them. So then Steve and I started thinking, ‘Why do we ever even need to pay to go there?'”

Construction of the Burkes’ new patio deck begins next week.

UPDATE: Disney is throwing in the towel, now that the secret of the park videos is out. They are releasing new videos of in-park entertainment, as seen below. We predict now that the parks will never reopen, and Disney will just find a way to monetize their YouTube presence.

Is there anything you can do in the parks that you can’t in front of your TV? Comment below!

March 27, 2020 by Marty in California, Florida, World
© 2020 Uncle Walt's Insider. All rights reserved. All images used with permission. Unless otherwise attributed, all images licensed under Creative Commons CC0 license. This site is protected by reCAPTCHA and the Google Privacy Policy and Terms of Service apply.