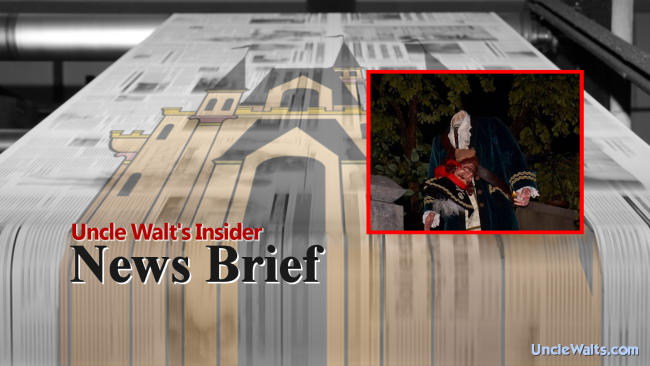 ANAHEIM, CA & PARIS, FRANCE — Reports and photographs have flooded the internet concerning two animatronic figures in Disney park rides that have lost their heads recently. First, the character Ursula in The Little Mermaid – Ariel’s Undersea Adventure, a ride at Disneyland Park in California, was found to be missing her head. Shortly thereafter, photographs surfaced of the auctioneer in the Pirates of the Caribbean ride at Disneyland Park, also noggin-less. Uncle Walt’s Insider reached out to our favorite source for all things Disney, company spokesperson Jun Disney [no relation]. Ms. Disney [no relation] confirms that the beheading is intentional: “We at the Disney [no relation] Company are very committed to reflecting the wonderful diversity of our society in all of our entertainment. As it turns out, there is a significant percentage of head-impaired persons in both California and France, so we adapted some of our audio-animatronic characters to reflect this underserved minority.”

January 30, 2018 by Marty in Florida, World
© 2020 Uncle Walt's Insider. All rights reserved. All images used with permission. Unless otherwise attributed, all images licensed under Creative Commons CC0 license. This site is protected by reCAPTCHA and the Google Privacy Policy and Terms of Service apply.