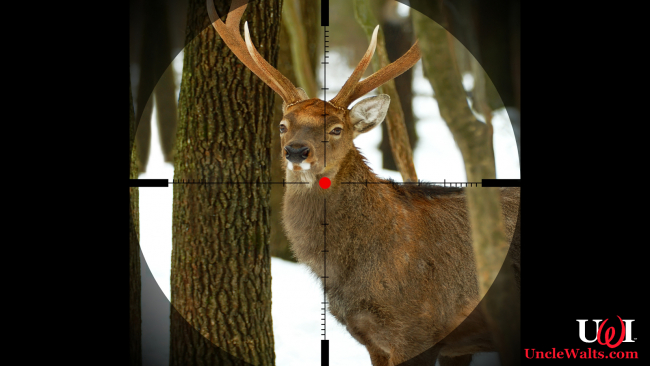 NACOGDOCHES, TX — There are some things you just don’t do: You don’t tug on Superman’s cape. You don’t spit into the wind. You don’t pull the mask off the old Lone Ranger. And you definitely don’t film a live action movie involving deer in east Texas during hunting season.

Walt Disney Studios has been on an animated-to-live kick lately, adapting beloved animated classics into live action films. Beauty and the Beast, Aladdin, Dumbo, the Lion King, Home on the Range, Fantasia 2000, and The Parent Trap are just a few of the cartoons remade into live action.

It has been rumored for some time that a live-action remake of 1942’s beloved Bambi was in the works, with some Disney fan sites reporting that filming had begun. And then, just as suddenly, the rumors stopped.

One film too many?

Now reports say that filming had indeed begun in the Piney Woods of east Texas last month — but producers and location scouts did not factor in that white-tail deer hunting season had begun. One assistant producer spoke to Uncle Walt’s Insider off the record:

“It was horrible, just horrible,” said Oscar Mandell, 28, of Oxnard, CA. “We were filming the scene with the hunters off-screen, but the gunfire was not happening on cue. It was just blam, blam, blam, constantly, and then… and then….

While there have been no official statements concerning the incident or any future filming schedule, Disney has confirmed that at least no voice actors were “killed or fatally injured” during the movie filming.

Have you ever been shot while filming a movie? Let us know in the comments below!

Cover photo: the first live-action Bambi; the search for a second is under way. Photo by insurancejournal.com via pinsdaddy.

January 10, 2019 by Marty in Other, World
© 2020 Uncle Walt's Insider. All rights reserved. All images used with permission. Unless otherwise attributed, all images licensed under Creative Commons CC0 license. This site is protected by reCAPTCHA and the Google Privacy Policy and Terms of Service apply.