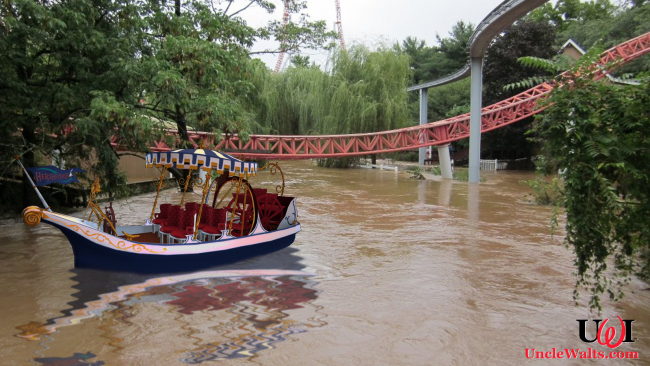 HERSHEY, PA — “We didn’t say anything when they opened a chocolate themed amusement park. We turned a blind eye when they started hiring Oompa-Loompas. But this is too much!”

“They are being sneaky about it, that’s for sure,” Gloop tells Uncle Walt’s Insider in an exclusive interview that he’s also giving to a dozen other news outlets. “Oh, you read the headlines today, and they all claim that their park is being flooded. But Mr. Wonka knows a chocolate river when he sees one.”

We reached out to Hershey Park for a comment, and spokesperson Jun Hershey (no relation) returned our call. “Yes, we got a cease-and-desist letter from Wonka, but I really can’t comment on ongoing litigation. And frankly, we’re too busy dealing with the ‘floods’ right now, but we predict the outcome of any legal battle will be scrumdiddlyumptious.”

“See? See?” Gloop exclaimed when told of Hershey (no relation)’s remarks. “They’re as bad as Slugworth.”

The Wonka lawyer then cut off the call, but not before we heard an older man’s voice singing: “Mess with me, and you’ll be, in a world of painful litigation…”

Is it really a bad thing to have more than one chocolate river in the world? Comment below!

July 26, 2018 by Marty in World
© 2020 Uncle Walt's Insider. All rights reserved. All images used with permission. Unless otherwise attributed, all images licensed under Creative Commons CC0 license. This site is protected by reCAPTCHA and the Google Privacy Policy and Terms of Service apply.