Dad struggles to explain fish anatomy after Disney on Ice 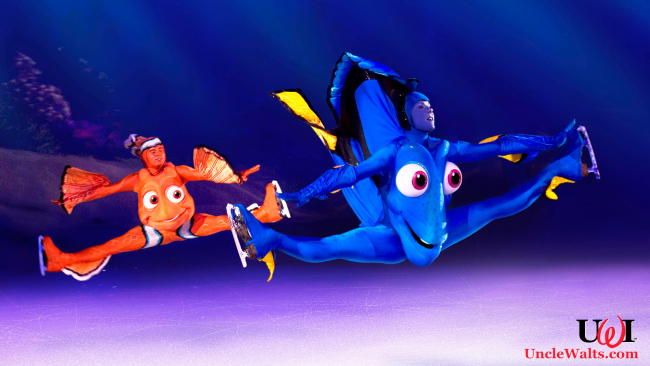 OKLAHOMA CITY, OK — Caleb McIlherny, 6, and his 4-year-old sister Cassidy, love the Disney/Pixar film Finding Nemo. So when their dad Robert McIlherny discovered that the Nemo characters and story would be featured in a Disney on Ice production at the Oklahoma State Fair last year, he made sure to get tickets for the whole family.

It was a decision he still regrets.

“It was definitely the wrong age to take them,” McIlherny admits. “A couple years younger, they would have just enjoyed the action and music. A couple of years older, they would have understood it was human skaters in fish costumes.

“But no. Caleb and Cassidy are at the age where they are trying to figure out how things work. So I’ve spent most of the past year trying to explain clown fish and blue tang anatomy, and how they can do jumps, splits, and spins.”

McIlherny is so fed up with the discussion, he’s seriously considering what he calls the “nuclear option”:

“I see that Disney on Ice is now doing a production of Frozen, and I’m this close to getting tickets. Even a year of the kids singing ‘Let It Go’ would be an improvement.”

How desperate would you have to be to listen to ‘Let It Go’ again? Let us know in the comments below!

November 9, 2018 by Marty in Other, World
© 2020 Uncle Walt's Insider. All rights reserved. All images used with permission. Unless otherwise attributed, all images licensed under Creative Commons CC0 license. This site is protected by reCAPTCHA and the Google Privacy Policy and Terms of Service apply.