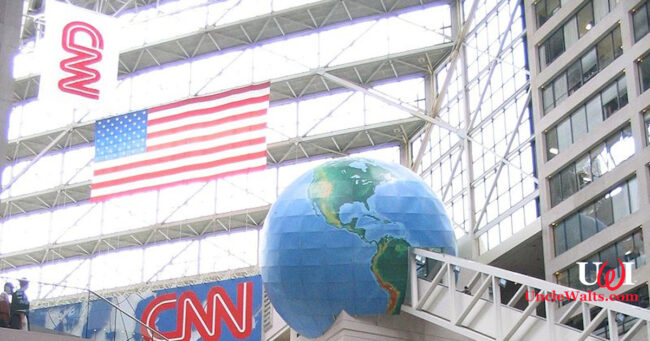 Their Atlanta headquarters returns to its theme park roots.

But covering Disney and other theme park news is our arena. (Get that, Bee? Our arena. Stay in your lane, or we’ll have to call Dad.) [DISCLAIMER: Still not our sister site.] So when CNN announces a theme park, we are on top of it. (The story, not the theme park.)

A history of cheesy entertainment 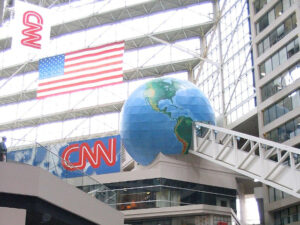 Fans of CNN (both of them) may not know this, but the CNN Center in Atlanta, headquarters to the media giant, once was home to the nation’s first indoor amusement park, “The World of Sid & Marty Kroft.” It was themed to mythical adventures, clowns, and fantastical storytelling. 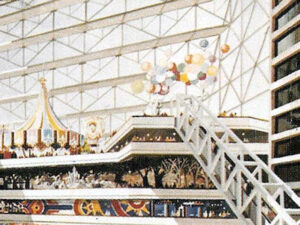 The park folded in 1976, and some years later became the headquarters for CNN. (The theming has not changed.)

A return to their roots

And now, apparently, CNN is building on the success of their streaming service, CNN+, to create “CNN+land”. (We’re not sure if it is pronounced “c-n-n-PLUS-land” or “c-n-n-plus-LAND.” The first would make more sense, but based on past performance, we can’t assume sense.) Details are scarce, but given the network’s history, we’re guessing it will cost a lot, be projected to have tremendous ongoing success, and then will fold within a month.

We at Uncle Walt’s Insider will keep you posted on this story as it develops.

Are you hoping there’s a Brian Stelter’s Tater Bar at the food court? Let us know in the comments below!

Cover photo: Maybe the least fun amusement park ever built. Photo is in the Public Domain.

June 9, 2022 by Marty in World
© 2020 Uncle Walt's Insider. All rights reserved. All images used with permission. Unless otherwise attributed, all images licensed under Creative Commons CC0 license. This site is protected by reCAPTCHA and the Google Privacy Policy and Terms of Service apply.