(Step)Moms Panel: Why isn’t Disney, Oklahoma, like the other Disney parks?

“Dear (Step) Moms: I want to visit every Disney park around the world eventually. I’ve already been to Disneyland and Walt Disney World and love them. So recently I went to Disney, Oklahoma — and it was nothing like any other Disney park I’ve been to. What gives?” – Alex Bristol, College Station, TX 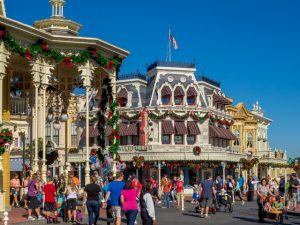 Just don’t go to Walt Disney World. There are already enough people there without you.

Dear Lexi, I’m not sure why you’re complaining. I looked it up on the internet and they don’t charge nearly as much to get in as the other Disney parks. You get what you pay for, I guess.

Hi, Alex. Did you watch the Tony Awards this year? Do you remember the performance by the cast of ‘Oklahoma’? One of my friends commented, ‘Why is everyone in that show angry?’ To which another friend responded, ‘You’d be angry too, if you had to be in Oklahoma.’

Now, I think he was talking about the show, but it’s equally applicable to the state. I’ve been to Oklahoma. There is nothing to be happy about in that state. I won’t call it the worst state ever, but it’s certainly in the bottom five. And Disneyland is supposed to be the Happiest Place on Earth. You’re just not going to get that in Oklahoma. OK?

Hi xelA, thanks for asking.

I love Disney, Oklahoma! The Hall of Mayors is fantastic, especially the very moving speech by the current mayor. I really wish I could remember his name so I could share how much it meant to me…

There are things you should know about Disney, Oklahoma. Unfortunately, I’ve never actually been there, and don’t know a single thing about the place, so I am the wrong person to ask.

Oh, and Walt, the mayor’s name is Chuck Tutor*, if memory serves me right.

*Note: the current mayor of Disney, Oklahoma, is Chris Tuter. We want to get it right, knowing how much he enjoys finding his name on our site.

September 21, 2019 by Marty in step-planDisney
© 2020 Uncle Walt's Insider. All rights reserved. All images used with permission. Unless otherwise attributed, all images licensed under Creative Commons CC0 license. This site is protected by reCAPTCHA and the Google Privacy Policy and Terms of Service apply.