We’re stuck at home and trying to get articles out of items at hand.

UNCLE WALT’S H.Q., SVALBARD — Disney is known for their amazing food! Whether it’s steaks and cheddar cheese soup at Epcot’s Le Cellier, churros at Disneyland, or the chocolate soufflé in Disney Cruise Line’s Palo, Disney food is a treat to your palate. We here at Uncle Walt’s Insider Food Blog are dedicated to scouring Disney properties for the best food, and reporting back to you! 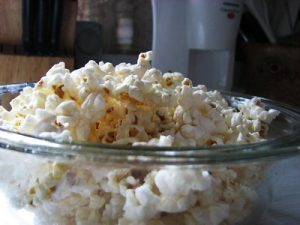 Except the parks are closed, the ships are docked, and we’re stuck at home. So today we’re reviewing microwave popcorn.

When I was a young child being raised by wolves in the wilds of Saskatchewan, microwave popcorn wasn’t even a thing. Heck, my wolf pack didn’t even have access to a microwave oven until the mid-1980’s. When we wanted popcorn, we had to get it the old-fashioned way: by terrorizing families living in remote areas into fleeing their homes after checking in their windows to make sure they’d just popped some. 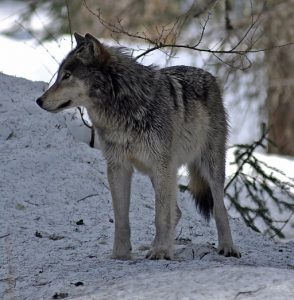 Dad. Photo by GlacierNPS [CC BY-2.0] via Wikimedia.

(As a treat, sometimes the pack would charge into a movie lobby, chase the workers and customers out of the lobby, then tip over the popcorn maker. Good times!)

Later, after I was rescued, cleaned up, and restored to “civilization,” of course I didn’t have much formal education, but I stole the identity of someone who did and enrolled in college (thanks, original “Marty”!). While in study group for my dual Applied Mathematics / Biology (pre-med) majors, I was introduced to the wonders of microwave popcorn. It was cheap, tasty, easy to make — and I wouldn’t have to bite or chase anyone to get it!

Finally, we get to the point

So, without further ado, the result of many many hours of labor, here is the recipe.

1. Get a packet of microwave popcorn.

2. IMPORTANT: Remove the plastic wrap! (Learned that the hard way.)

What do you think? Will you try this recipe on your own? Let us know in the comments below!

April 7, 2020 by Marty in Spotlight, Uncle Walt's Food Blog
© 2020 Uncle Walt's Insider. All rights reserved. All images used with permission. Unless otherwise attributed, all images licensed under Creative Commons CC0 license. This site is protected by reCAPTCHA and the Google Privacy Policy and Terms of Service apply.