Our review: Should you see Raya and the Last Dragon? - Uncle Walt's Insider

Our review: Should you see Raya and the Last Dragon? 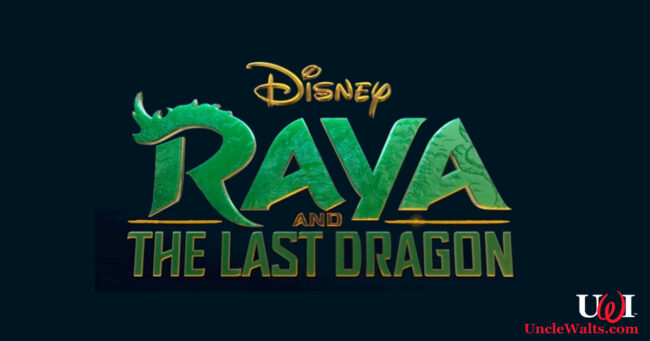 UNCLE WALT’S H.Q., SVALBARD — Raya and the Last Dragon debuted on Disney+ last Friday, and parents, kids, and those weird Disney fans that aren’t in either of those two categories are wondering: should I watch it?

Fortunately for our readers, having Disney+ on our 18″ office TV is one of the few perks our Uncle Walt gives us here. We think it’s just because he copied a neighbor’s login info when helping him set up the streaming service, so he doesn’t have to pay for it. But either way we’re not complaining. [Ed.: At least not to his face.]

Our verdict on Raya and the Last Dragon

So here goes! Let’s see… click over to Disney+… select who’s watching… ignore the cuteness of Wall-E in my watch list [Ed.: It’s still a travesty that the 2008 Annie award for best animated feature film went to Kung Fu Panda!] Ah, there it is: Raya and the Last Dragon… select, and… huh. Apparently they want $29.99 to watch it, above and beyond what Walt’s neighbor’s are already paying monthly!

Such a ripoff. Sure, I spend that much just on popcorn when I go to the movies by myself, but this $29.99 doesn’t even include popcorn! Wonder if the neighbors will notice if… yeah, dang it, they’ve set up a PIN code for purchases.

Verdict: One of you should definitely watch it. Here at our headquarters. Then I can watch along with you and tell everyone else what I think.

Or can you share your D+ password and a credit card number? Let us know in the comments below!

Cover photo: This is as far as we got without paying. Image © 2021 Disney.

March 12, 2021 by Marty in Spotlight
© 2020 Uncle Walt's Insider. All rights reserved. All images used with permission. Unless otherwise attributed, all images licensed under Creative Commons CC0 license. This site is protected by reCAPTCHA and the Google Privacy Policy and Terms of Service apply.