16 little-known facts about “Storyliving by Disney”! 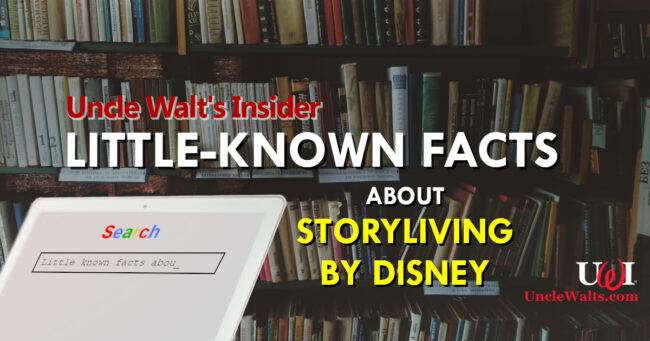 The Disney Company has long wanted to be more than an entertainment company hosting “guests.” Like any power-hungry corporation, they can exercise their authority so much better if they aren’t just your host, but your government — albeit a smiling, pixie-dust sprinkled version. From Walt’s original dream of EPCOT as a true City of Tomorrow, to the town of Celebration, Florida, Disney longs to be in charge of actual living, breathing taxpayers. And now they are trying again, with the recently announced “Storyliving by Disney” communities.

But do you know everything there is to know about these new Disney housing developments? We at Uncle Walt’s Insider have the inside scoop, as always. So read on for some incredible, newly  -discovered trivia about Storyliving by Disney!

Disney is obviously worried about becoming a company that only caters to the ultra-rich.

That’s why the first community is being built in California, land of cheap real estate.

Not all homes there will be extremely expensive.

“Extremely expensive” will be the cheapest, however. Many will be priced at “If you have to ask, you can’t afford it.”

And if you think your current HOA dues are pricey, wait until you see what Disney charges!

On a related note, ISPs for the communities must agree to institute random outages at inopportune times in order to obtain a right of way.

Daily purchase of Genie+ on the Storyliving app is required for most activities in the community.

Like shopping. Or dining. Or cooking, or mowing the lawn, or getting out of bed…

No personal vehicles are allowed within the communities. Residents park in lots a few blocks outside the area, and ride trams or shuttle buses.

To maintain a pristine atmosphere, vandals and graffiti artists will be shot on sight.

Due to trademarks and copyrights, no Disney character can be used in your home.

Licensing rights are available for a price, starting at $20 a year for each Disney character t-shirt or Mickey ears hat kept in your home.

They’ll add the fee to your annual dues if they spot anything remotely resembling a character silhouette. So watch how you set your plates on the table.

As in the parks, when the community closes in the evening, all residents will be required to leave and come back in the morning.

Daily admission rates are adjusted each day by population. Residents may stay in their homes an extra three hours on days with Extra Magic Hours, if they pay the added fee for Extra Magic Hours.

Outside food is not allowed.

And they’ll know if you try to take a cooler on the tram.

Reservations will be required to dine in your own dining room.

Be sure to make them exactly 60 days out, or you may find someone else eating in your home.

Eventually, each community will have a Skyliner station.

…that connects with the Caribbean Beach resort in Florida.

Signal jammers will be installed in central locations.

They’ll block frequencies used by CBS, NBC, and any other non-Disney/ABC stations.

At least one photo of Bob Chapek must be prominently displayed in each home.

But there is no truth to the rumor that residents will have to burn candles or kneel before it daily. Yet.

Finally, that door in your home that you don’t have the key to leads to the Utilidors.

Eventually you’ll get used to people wearing polyester costumes and oval nametags walking through your home at all hours.

February 22, 2022 by Marty in Spotlight
© 2020 Uncle Walt's Insider. All rights reserved. All images used with permission. Unless otherwise attributed, all images licensed under Creative Commons CC0 license. This site is protected by reCAPTCHA and the Google Privacy Policy and Terms of Service apply.