14 surprising new requirements to work as a Disney Cast Member 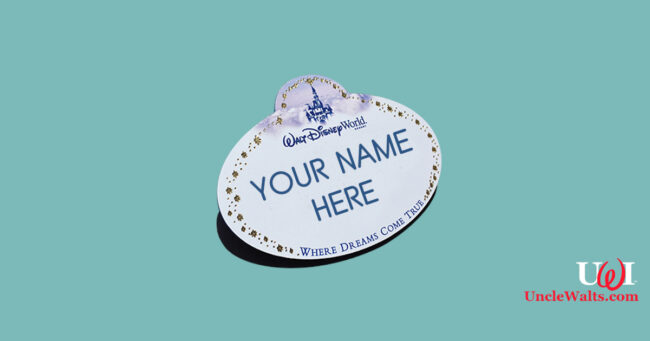 So many changes to keep up with. And some of them might make sense!

BR’ER BANK, CA – There have always been standards that Disney Cast Members have to meet.

For example, there once was a restriction against facial hair, except for a tasteful mustache on your face if your name was Walt and you founded the company. Then mustaches were allowed for female Cast Members. (We assume – we just saw a lot of them back in the day.) And now all Cast Members are allowed to let their face fuzz grow so much that a visit to a Disney Park is indistinguishable from a day with that Duck Dynasty family.

But we at Uncle Walt’s Insider have done some digging (and digged some dunning) and found out some new requirements that prospective Disney Cast Members must meet:

They must not be afraid of mice.

They must not be recently deceased.

Disney has found dead new hires to be unreliable. Those who have been on the job a few years, sure, they’ll keep showing up to work after they die, but not the new ones.

At least one should be of a Disney or Marvel character.

Must have taken a university course from the famous explorer Dr. Albert Falls.

Or be able to quickly identify butterflies with a wingspan ranging from 12 inches all the way up to a whopping one foot.

Speaking flawed Klingon will actually lose them points. It’s pretty dangerous to be misunderstood in Klingon.

Must hold a Class A Commercial Drivers License and sing in the Tenor range A2-G4, or soprano range G#3-D5 with a high belt.

This is actually just for Custodial hires.

Ability to score at least 21 points when playing as the 1997 Detroit Lions in Madden.

This eliminates a lot of applicants.

Must be able to Tokyo drift a bus.

We think this is just for upper management, though. You should see Bob Chapek drive one of the articulated Novas.

Able to leap tall buildings in a single bound and understand the basic workings of a TARDIS.

This is also just for Custodial.

Must never, ever, EVER!!! have watched, read, or heard about, anything from Walt Disney World News Today.

That’s also a requirement to work for, or read, Uncle Walt’s Insider.

Due to the allergies of some guests, Cast Members are not allowed to wear deodorant.

Again, we’re guessing this is a rule. We’ve smelled some pretty rank CM’s.

And no, watching Monty Python does not count. We asked.

Must be a member or become a member of StupidGuestTricks.com within 30 days of employment.

And what Cast Member wouldn’t want to join and blow off steam at stupid guests?

Must able to sell ponchos on a clear, sunny day, throw a 60+ MPH fastball, and have prior experience on a Japanese game show.

Again, Custodial CMs only. What exactly do those guys do???

Have you every worked for Disney Custodial? Let us know in the comments below!

September 14, 2021 by Marty in Spotlight, World
© 2020 Uncle Walt's Insider. All rights reserved. All images used with permission. Unless otherwise attributed, all images licensed under Creative Commons CC0 license. This site is protected by reCAPTCHA and the Google Privacy Policy and Terms of Service apply.