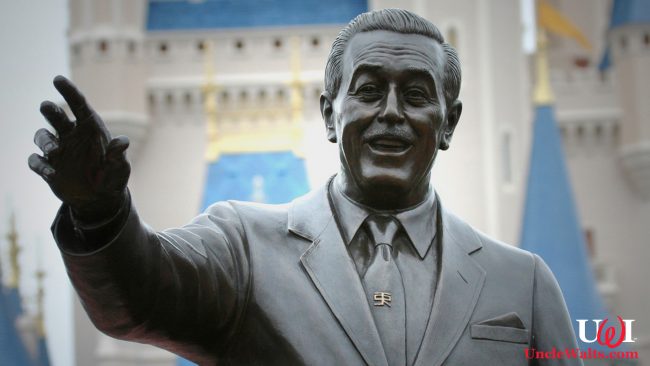 New evidence suggests more than just cigarettes were airbrushed from photos of Walt!

Many guests at Disney parks worldwide are aware that Disney cast members are not allowed to point with just one finger. Instead, they must either gesture with the whole hand or use the famous “two-finger point.” Officially, the reason is to avoid insulting guests from cultures that find pointing offensive, such as China, Indonesia, and Milwaukee.

The origin of the two-finger point is a bit hazy, but most Disney fans, historians, and writers who make things up on the internet agree that the practice stems from Walt Disney himself, who would point to things using two fingers while holding a cigarette. 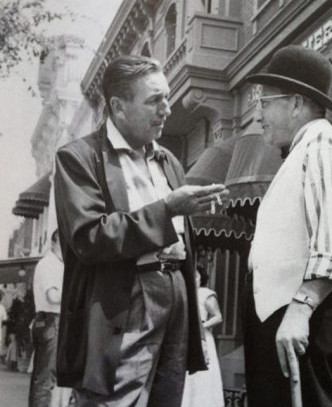 Complicating research into the two-finger point is the fact that the Disney company has airbrushed cigarettes out of most public photos of Walt Disney, so the true images are hard to come by. However, a curator at Milwaukee’s Museum of Offensive Pointing recently unearthed original negatives of unpublished photos of Walt, and shockingly, the company’s cover-up is greater than we realized.

It turns out that Walt not only pointed with three fingers instead of two, he did so because he usually was smoking two cigarettes at a time.

Naturally, this news is causing an upheaval on Disney discussion boards and other online communities of people with lots of time on their hands, with these serious questions:

No plans to change

A highly-placed, anonymous source within Disney Parks and Resorts [Ed.: Thanks, Bob C.!] tells Uncle Walt’s Insider that there are currently no plans to require cast members to point with three fingers instead of two, unless the cast member is already a smoker.

Would you find three-finger pointing offensive? Does it matter which three fingers?
Let us know in the comments below!

April 17, 2018 by Marty in Other
© 2020 Uncle Walt's Insider. All rights reserved. All images used with permission. Unless otherwise attributed, all images licensed under Creative Commons CC0 license. This site is protected by reCAPTCHA and the Google Privacy Policy and Terms of Service apply.