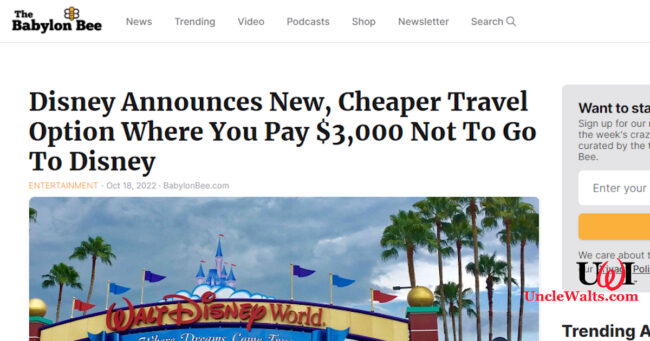 That cover photo is just a placeholder. No accusations are being made. Yet. 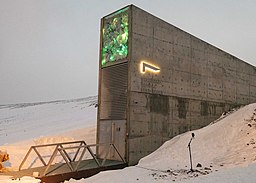 UNCLE WALT’S INSIDER H.Q., SVALBARD — Uncle Walt’s Insider today announced (by this article, in fact) that they are investigating a breach into their Vault of Story Ideas (known also as the Story Idea Vault, or the Idea Vault of Stories).

The U.W.I. Story Idea Vault (see previous paragraph) is kept under lock and key inside the renowned Svalbard Global Seed Vault, known for its ultra-tight security.*

“We’re not sure who gained access or how,” said Uncle Walt’s Writer and Ink & Paint Department Marty Ralks, who as usual was the only one actually working in the U.W.I. office. “But we have seen some articles on other websites that look suspiciously like our type of story. And I’m pretty sure I saw a guy in a Babylon Bee-branded parka slipping a Seed Vault guard a Ten Krone bill.”***

We’ll keep you posted as this story develops.

*No, the Seed Vault people don’t know that’s where we keep our story ideas. But we slipped one security guy, Fredrik,** a Five Krone bill and he let us copy his keys. It’s all good.

Do they make 15-Krone bills? Let us know in the comments below!

Cover photo: We’re really not accusing anyone. At least, not in any legally-actionable way. Inset photo by Cierra Martin for Crop Trust [CC BY-SA 2.0] via Wikimedia Commons.

October 20, 2022 by Marty in Other
© 2020 Uncle Walt's Insider. All rights reserved. All images used with permission. Unless otherwise attributed, all images licensed under Creative Commons CC0 license. This site is protected by reCAPTCHA and the Google Privacy Policy and Terms of Service apply.