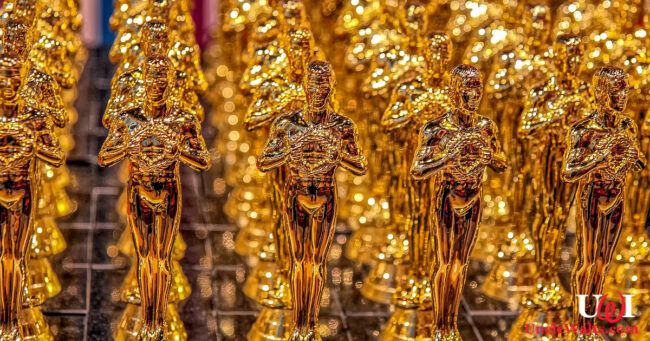 We only have one video on our YouTube channel.

UNCLE WALT’S INSIDER H.Q., SVALBARD — Our phones started ringing at 6:30 a.m. Pacific Time on Monday, waking us up, with entertainment reporters telling us we had been nominated for an Academy Award. Of course, it was 2:30 p.m. in Svalbard, but we were still not yet up for the day.

We were confused, not just because we didn’t release any movies last year, or ever, but because the only video we’ve ever produced was a Frozen 2 trailer spoof mostly just using footage our Uncle Walt took of the Frozen Ever After ride.

We think we know why

In the end, though, the Frozen 2 Teaser has captured 14 Academy Award nominations, including nominations for Best Picture, Best Foreign Feature (considering we’re based in Norway, I guess), Best Documentary, Best Adapted Screenplay (it’s based on the novel “Push” by Sapphire), Best Artistic Direction, and Best Use of Churros.

How did this 2018 YouTube video get so many Oscar nominations? Well, we’ve identified three factors. First, the Academy loosened eligibility requirements since so many theaters were closed last year, so online movies can be nominated. Second, they also changed the rules to give priority to films no one has ever, ever heard of.

Finally, and perhaps most importantly, Uncle Walt’s Insider has a tech-savvy staff, and the Academy nomination votes were tabulated on Dominion Systems voting machines. ‘Nuff said.

Follow us here for more news as Oscar season continues!

Do you think we’ll win? Let us know in the comments below!

Cover photo: We’ll just add these to our collection. Photo provided by Pixabay, used by permission.

March 18, 2021 by Marty in Other
© 2020 Uncle Walt's Insider. All rights reserved. All images used with permission. Unless otherwise attributed, all images licensed under Creative Commons CC0 license. This site is protected by reCAPTCHA and the Google Privacy Policy and Terms of Service apply.