Seven Dwarfs quarantined; only one is symptomatic - Uncle Walt's Insider

Seven Dwarfs quarantined; only one is symptomatic 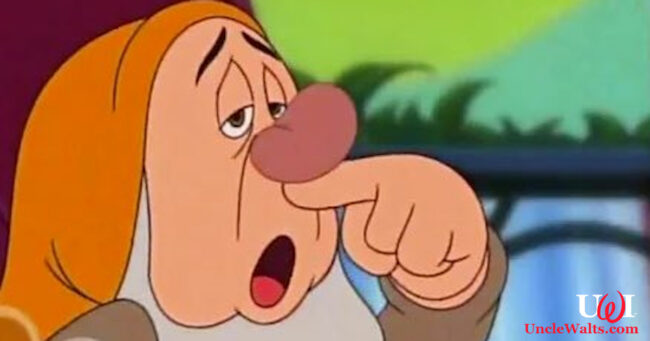 BURBANK, CA — In a statement released today, the Disney Company announced that all seven dwarfs have been quarantined after possible exposure to COVID-19. Only one is showing any symptoms of the virus.

Citing medical privacy laws, the company refused to provide the identity of the symptomatic character. However, they did say he has been “sneezing like crazy.” There have been no test results to confirm that the symptoms were caused by the virus. The unnamed individual is under the care of a doctor (who is also one of the seven quarantined).

Uncle Walt’s Insider will keep you posted on any story updates.

It’s Happy, isn’t it? We think it’s Happy. We never trusted him. Comment below!

August 4, 2020 by Marty in California, Florida, Other
© 2020 Uncle Walt's Insider. All rights reserved. All images used with permission. Unless otherwise attributed, all images licensed under Creative Commons CC0 license. This site is protected by reCAPTCHA and the Google Privacy Policy and Terms of Service apply.