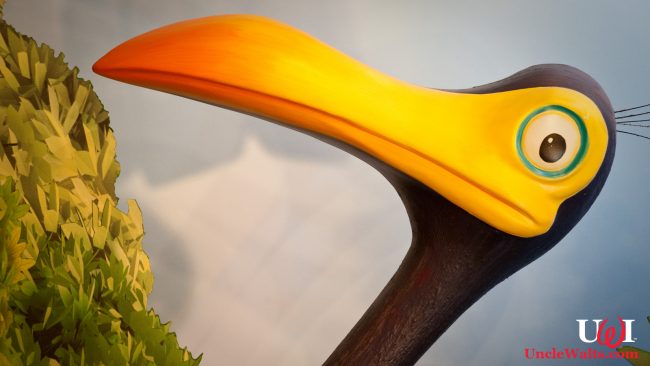 There goes his social justice merit badge, too.

PARADISE FALLS — Russell, the beloved Wilderness Explorer from the movie Up, is an Explorer no more.

The latest to be targeted by the so-called “cancel culture,” Russell was banned from the organization following complaints of misgendering. Kevin, the exotic bird found by Russell and Carl Fredricksen on their adventure to Paradise Falls, apparently filed a complaint with the Wilderness Explorers against Russell.

A Wilderness Explorers spokesperson using just the single name “Pat,” spoke to Uncle Walt’s Insider. “The complaint was given to me personally while I was telling Kevin that it is a pretty bird. Its response was a single squawk, which of course I immediately translated to ‘Russell assumed my gender, thus should be banished for life from anything and everything.’

“The Wilderness Explorers is a very inclusive organization, provided we do not disagree with your own personal views and opinions.”

Feedback, printable and not

We did get in touch with Dug. Unfortunately, there was no way we could hold a conversation with him due to several squirrels in the area.

Do you agree that Carl Fredricksen is a public menace? Let us know in the comments below!

Cover photo: Kevin from Up, who is definitely a girl bird, unless xe decides otherwise. Photo by Josh Hallett [CC BY-SA 2.0] via Flickr.

September 16, 2019 by Walt in Other
© 2020 Uncle Walt's Insider. All rights reserved. All images used with permission. Unless otherwise attributed, all images licensed under Creative Commons CC0 license. This site is protected by reCAPTCHA and the Google Privacy Policy and Terms of Service apply.