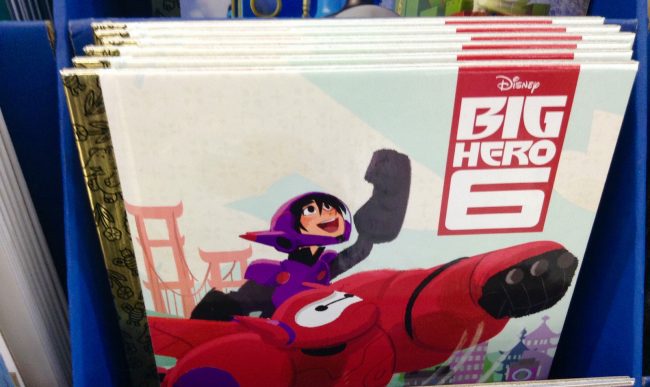 Banking on a repeat of the success of the Star Wars prequels, Walt Disney Animation Studios has announced five new films taking place in the Big Hero 6 universe. Each of the films will be set in time before the events of Big Hero 6, and will correspondingly be titled Big Hero 1, Big Hero 2, Big Hero 3, Big Hero 4, and Big Hero 5. The first of these prequels, Big Hero 1, is scheduled to be released in December 2018.

Big Hero 6, the first Disney animated movie to feature characters from Marvel Comics, was released in 2014 and told the story of a young creative genius named Hiro seeking to avenge the death of his brother, with the help of four smart friends and a robot named Baymax.

Co-director Don Hall spoke with Uncle Walt’s Insider. “I was never really clear where the ‘6’ in the title comes from. I just figured it was one of those ‘A New Hope’ things where they slap a random number on the first movie, to give them somewhere to go if they want to make more.”

In an era when Hollywood seems to struggle with finding original stories to tell, Big Hero 6 is a unique tale set in a novel atmosphere — a futuristic city called San Fransokyo. And audiences seemed to respond; the film has pulled in an estimated $657 million worldwide since its release.

Studios respond predictably when a creative movie makes a lot of money: they make more of the same.

“Calling it Big Hero 6, in hindsight, was genius,” Hall says. “Once you rake in that much on any movie, sequels and prequels are a given, and this name gives us room for five more movies! Hopefully we’ll figure out a story to put in each of them.”

In addition to these five prequels, two other films are rumored. A more comical direct-to-video episode, featuring the voice talents of Nathan Lane and titled Big Hero 2-1/2, is said to be in the works. Also, filmmaker J.J. Abrams has hinted in interviews that he is on board to direct Big Hero 7. Stan Lee will make a cameo appearance in both.

October 17, 2017 by Marty in Other
© 2020 Uncle Walt's Insider. All rights reserved. All images used with permission. Unless otherwise attributed, all images licensed under Creative Commons CC0 license. This site is protected by reCAPTCHA and the Google Privacy Policy and Terms of Service apply.