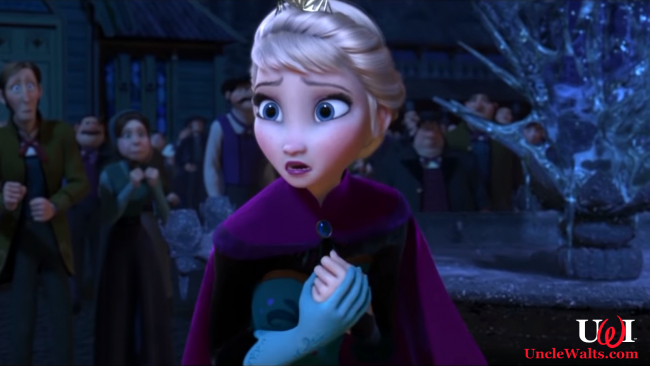 Ub swears he saw her running across Lake Michigan, freezing it as she went.

UNCLE WALT’S INSIDER H.Q., SVALBARD — As temperatures plunge across Canada and the U.S. midwestern states, icy fingers are beginning to point, seeking someone to blame. Some say this is a rare but natural occurrence called a polar vortex. Others blame man-made climate change. But we at Uncle Walt’s know the true story: yep, it’s Queen Elsa again.

Okay, our lawyers are making us say it’s “allegedly” Queen Elsa, but hey, look at the facts: Unusual icy blast and extreme low temperatures. Elsa’s powers. Her history of lack of control. And… okay, that’s all we have, but that should be enough.

And where exactly is Elsa? Nowhere to be found. We called our super-secret access number to the Disney Company [Ed.: 407-W-DISNEY is secret?] and asked to speak to Elsa. And you know what? They wouldn’t put her on the line!

If she’s not behind this, you think she’d show her face in public. And by “public,” we mean talk to us, since according to the My Disney Experience app she’s still appearing daily in the parks. No shame whatsoever.

Should we continue pursuing this story? Or just let it go? Comment below! 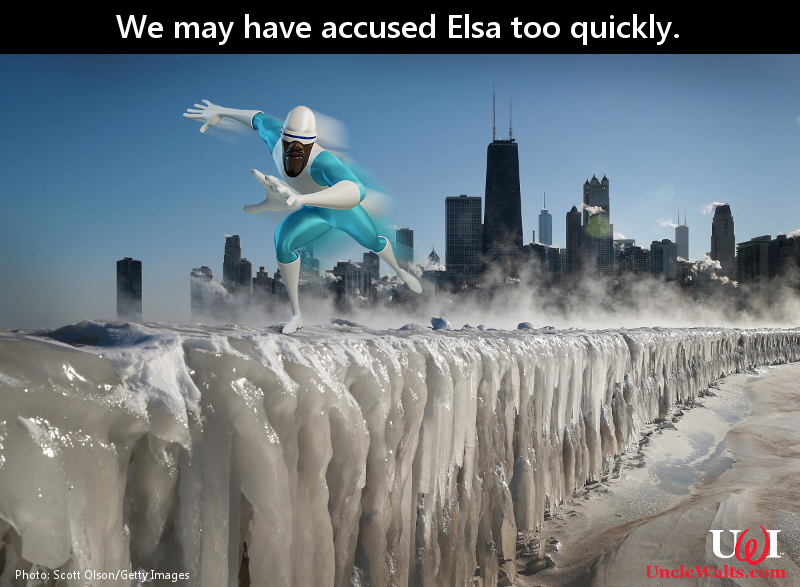 January 31, 2019 by Marty in Other
© 2020 Uncle Walt's Insider. All rights reserved. All images used with permission. Unless otherwise attributed, all images licensed under Creative Commons CC0 license. This site is protected by reCAPTCHA and the Google Privacy Policy and Terms of Service apply.