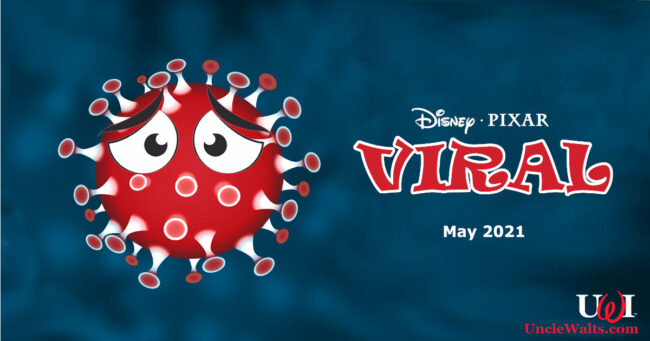 It’s the story of a misunderstood virus just wanting to be loved.

A press release for the film describes the protagonist as “Covie, a young virus struggling with loneliness, in a world that wants nothing to do with him.” Covie “once had a beloved friend and host, an elderly food stall vendor in an unnamed eastern country.” [Ed.: He dies in the first ten minutes, right? Dang it, Pixar!] But now he must face “closed borders, civil unrest, and impenetrable crocheted facemasks” as he looks for love and acceptance.

Pixar promises a “special surprise” for moviegoers. The press release does not give details on what that surprise is, but notes that attendees will be required to self-quarantine for 14 days after seeing the movie.

Worth it, right? Let us know in the comments below!

June 10, 2020 by Marty in Other
© 2020 Uncle Walt's Insider. All rights reserved. All images used with permission. Unless otherwise attributed, all images licensed under Creative Commons CC0 license. This site is protected by reCAPTCHA and the Google Privacy Policy and Terms of Service apply.