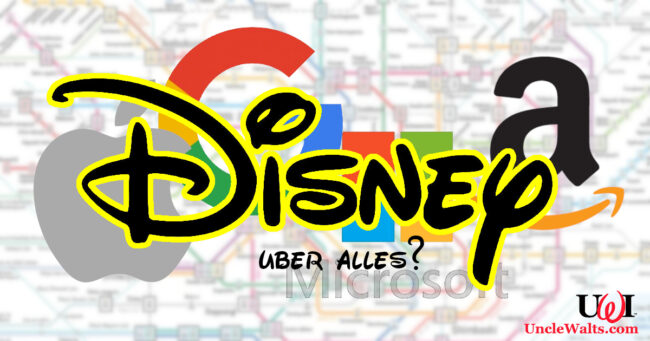 And they are currently negotiating with both major political parties.

BURBANK, CA — In a stunning development, the Disney Company announced today that it will be purchasing Apple, Google, Microsoft and Amazon, and all of their subsidiary brands.

Disney (the company) spokesperson Jun Disney (no relation) was ecstatic.

“This is off the record, obviously,” she whispered into our hidden microphone, “but this is just one step closer to our ultimate goal of world domination.”

How does that square with with founder Walt Disney (related)’s dream of entertaining families, we asked?

“Easy,” replied Disney (no relation). “We’ll control all forms of entertainment, news, media, internet access, devices, software. If we say you’re entertained, you will be entertained. Or else.” 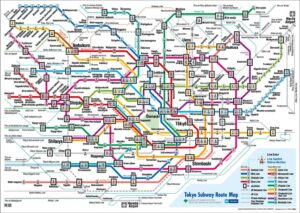 The chart on the right shows all of the companies and brands owned by Disney (the company) prior to this mega-merger, in red. By purchasing these four huge corporations, Disney will now control all of the remaining colors, included black, white, and the index.

Should Disney (the company) non-fans (or even supporters of the Mouse) be worried about this, we wondered?

“No, no,” Disney (no relation) replied, “not at all. We’ll be a benevolent dictatorship. You’ll get used to having every element of your life subject to whims of a single, unchecked oligarchy.

“Heck, if you live in California, you already are!”

What should Disney buy next? Let us know in the comments below!

October 12, 2020 by Marty in Other, World
© 2020 Uncle Walt's Insider. All rights reserved. All images used with permission. Unless otherwise attributed, all images licensed under Creative Commons CC0 license. This site is protected by reCAPTCHA and the Google Privacy Policy and Terms of Service apply.