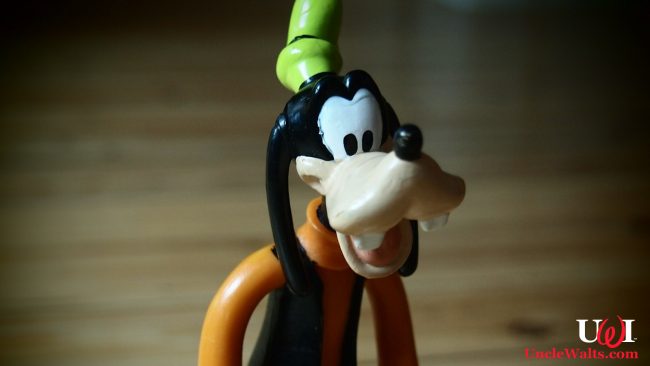 Have we been underestimating the lovable man-dog-thing all these years?

BALTIMORE, MD — According to a study published in the New Old England Journal of Medicine, Goofy is not the bumbling fool that we’ve all thought he was. In fact, he’s actually a genius!

The author of the study, a fellow at the Johns Hopkins School of Medicine and Spa, says the conclusion was made after carefully studying every Goofy cartoon ever made. While the paper is filled with medical jargon that makes it sound smart, other researchers have problems with the article. Critics are especially pointing to questionable methodology and a possible “inherent bias” in the process.

We see nothing wrong with this

Uncle Walt’s Insider reached out to the article’s author, who goes by goofy_fan_32 on his Instagram account. He described the research as “actually a pleasure”:

“I’d watch the Goofy cartoons on Saturday mornings, dressed in pajamas adorned with images of Goofy and eating Goofy-O’s Cereal. I would also take trips to Disney parks. I spent hours not only watching Goofy as he performed in parades and shows, but also during guest interactions.”

This is how we write articles, too!

“Goofy_fan_32” continued, “Sure, Goofy seems like a fool. But my research has concluded that he is not only the most iconic of all Disney characters but also the smartest. In my hours and hours of observation, I saw that each and every time Goofy does something foolish, he is fully aware of his actions. This makes him the most humble of characters, allowing others to shine. He’s just the best!”

You can read this study in the current issue of the New Old England Journal of Medicine, released on February 30th.

Goofy is all right. What about you, do you agree or disagree? Do you actually read these? Let us know in the comments below!

Cover photo: The next Einstein? Photo [CC0] via Pixabay.

March 10, 2020 by Walt in Other
© 2020 Uncle Walt's Insider. All rights reserved. All images used with permission. Unless otherwise attributed, all images licensed under Creative Commons CC0 license. This site is protected by reCAPTCHA and the Google Privacy Policy and Terms of Service apply.