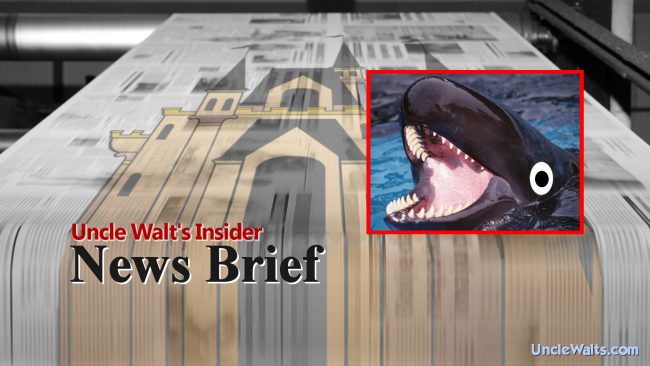 “We know how to best serve the sea life in our care.”

GLOUCESTER, MASSACHUSETTS — In a statement released Thursday morning, frozen seafood company Gortons, Inc., announced that they had acquired SeaWorld Parks and Entertainment. The SeaWorld parks, which have seen falling attendance following criticism of their handling of the sea creatures in their care, have been looking for a buyer for several months. Gorton’s spokesman Rudy Hartell tells Uncle Walt’s Insider, “It’s synergy. They have sea creatures, we need sea creatures. And we know how to best serve the sea life in our care. We’re thrilled that we won that bidding war with Mrs. Paul.”

Hartell would not comment on Gorton’s plans for the parks, but did say they would soon announce a new line of “killer” frozen seafood.

March 8, 2018 by Marty in California, Florida, Other, World
© 2020 Uncle Walt's Insider. All rights reserved. All images used with permission. Unless otherwise attributed, all images licensed under Creative Commons CC0 license. This site is protected by reCAPTCHA and the Google Privacy Policy and Terms of Service apply.