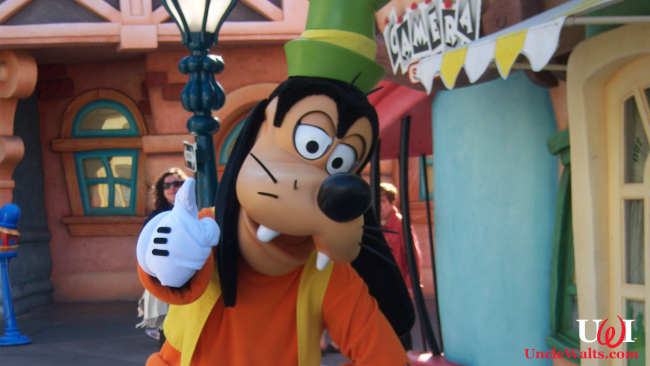 Now maybe President Trump will stop tweeting about him.

BURBANK, CA — In a statement released today, the Walt Disney Company and Spa settled questions that have “dogged” one of its more popular characters since his debut: Is Goofy a dog or a man? If he’s a man, why does he have so many dog-like features? If he’s a dog, how is it that he can walk and talk but Pluto can’t?

After recent news stories demonstrated the unqualified success of his DNA analysis in quelling controversy, Disney turned to Professor Carlos Bustamante of Stanford University for insight into Goofy’s DNA.

After comparing the sample to DNA from chimpanzees, sloths, and Goliath beetles (because of their similarity to human DNA), Bustamante reported that Goofy, while mostly dog, “may have had a human ancestor six to ten generations ago.” This would make Goofy anywhere from 1/64 to 1/1024 human, explaining his “high cheekbones” and other human attributes.

October 18, 2018 by Marty in Other
© 2020 Uncle Walt's Insider. All rights reserved. All images used with permission. Unless otherwise attributed, all images licensed under Creative Commons CC0 license. This site is protected by reCAPTCHA and the Google Privacy Policy and Terms of Service apply.