Disney’s Flik sues Flickr for name use; “just the first” 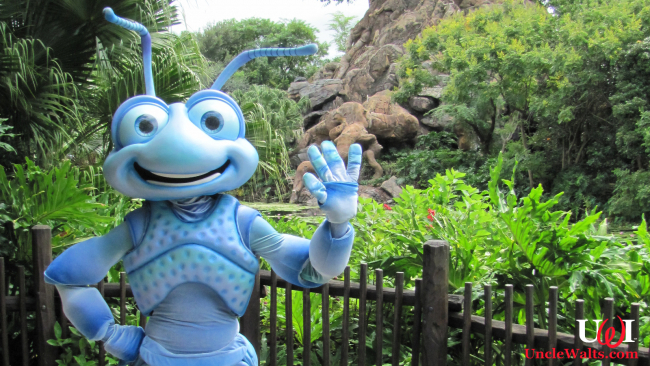 Irate characters are lining up at the courthouse to reclaim their names.

MOUNTAIN VIEW, CA — He’s just an ant in search of a peaceful life. Once, he had to fight off an army of grasshoppers to free his colony. And now, Flik is taking on a new battle, this one in the courtroom — the battle to reclaim his name from online photo-hosting service Flickr.

“I don’t spend much time on the internet,” Flik told Uncle Walt’s Insider in a semi-exclusive interview. “Okay, I never spend time on the internet. I’m an ant. But when I found out that someone was running a business using my name, that was too much.”

Flik’s lawsuit against Flickr.com owner SmugMug may just be the start, as other Disney characters have noticed his lawsuit and begun checking for trademark infringement themselves. Uncle Walt’s has been able to confirm that the following cases are being prepared or considered:

.
At this time, Mickey’s pal Pluto is not planning on legal action against the astronomical body Pluto, as he feels it has suffered enough by being demoted to a “dwarf planet.”

We’ll keep you posted on any new legal developments as this story continues.

Who would you sue next? Let us know in the comments below!

February 26, 2019 by Marty in Other
© 2020 Uncle Walt's Insider. All rights reserved. All images used with permission. Unless otherwise attributed, all images licensed under Creative Commons CC0 license. This site is protected by reCAPTCHA and the Google Privacy Policy and Terms of Service apply.