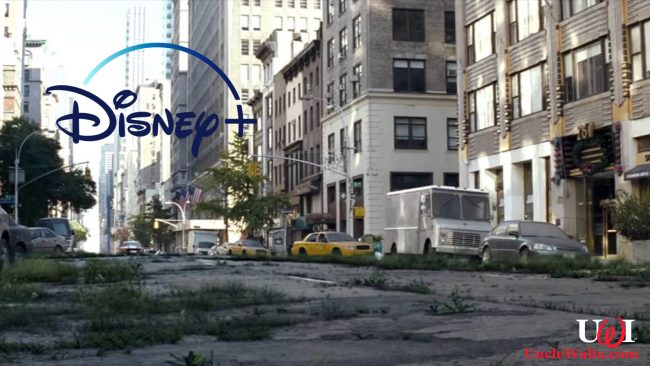 Trillions were lost as the world marketplace came to a standstill.

But did you even notice? Of course not — you were home bingeing on the glut of Disney, Marvel & Star Wars content you suddenly had at your fingertips with Disney+. But then, so was everyone else.

When Disney’s new streaming service finally went live, it seems nearly every person where it was available just stayed home from their jobs, eyes glued to their screens. No one seemed to care that the work necessary to keep the world running was not getting done.

We at Uncle Walt’s Insider suspect that the devastation will be long-lasting, and the economy will take decades to recover. We’d go out and actually research all this and confirm it for you, but we’re a bit busy right now. We’ve been watching Disney+ since Tuesday.

Are you even reading this, or are you watching Disney+ also? Let us know in the comments below!

Cover photo: Typical city on November 12, when Disney+ debuted. Or the opening scene of I Am Legend. © 2007 Warner Bros, via YouTube.

November 14, 2019 by Marty in Other, World
© 2020 Uncle Walt's Insider. All rights reserved. All images used with permission. Unless otherwise attributed, all images licensed under Creative Commons CC0 license. This site is protected by reCAPTCHA and the Google Privacy Policy and Terms of Service apply.