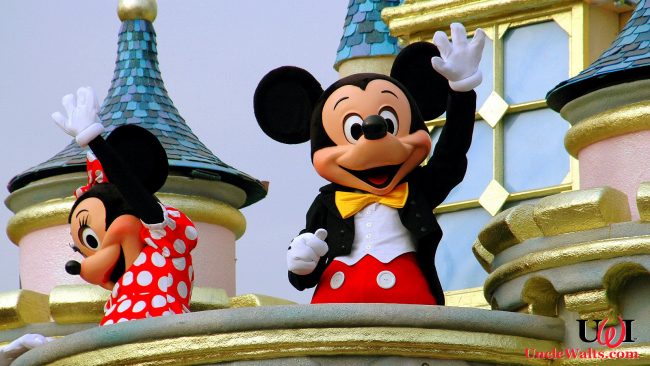 Turns out the previously-announced changes were just the beginning.

The winds of change continue to blow at The Walt Disney Company. After the controversial measures were first reported by Uncle Walt’s Insider last November, Disney fans and detractors alike have been lighting up the internet arguing the pros and cons of the moves. In spite of the response, the company forged ahead with making the modifications permanent in January.

And now, Uncle Walt’s has learned, more radical changes are on their way that will make paying for resort parking seem incredibly insignificant. In coming years, will we even recognize the Disney entertainment empire that Walt built?

“We’ve never seen this abrupt and complete change in direction in any company before,” Disney historian Mort Saundders tells Uncle Walt’s, “much less an entertainment company with such a well-known image and established brand. It’s unprecedented.”

When asked his opinion on the plans, Saundders was hesitant to either support or condemn the company. “I’m taking a wait-and-see approach, I guess. I mean, they’ve put forward some pretty convincing reasons for the new direction. It’s hard to say whether the changes were really necessary, or even if they were, if they have to happen so fast. Especially the thing with the princesses.”

Losing fans, or gaining them?

Many longtime fans of the Mouse have publicly said they cannot stomach the changes and will no longer support the company. “Oh, I’ll still go to Florida for vacation, but not Walt Disney World,” Wanda McNabb of Port Angeles, Washington, tells us. “There’s plenty to do there without giving them my money after these changes. We had planned a week-long trip in June after the kids get out of school, staying at the Caribbean Beach Resort, but we’ve canceled that. We’ll be spending the week at Gatorland instead.”

Philadelphia resident Hector Jakobsen, however, says he is more likely to support Disney following the announcement. “Sure, it’s going to be different. I can’t even imagine how they’re going to handle the new classification system, or enforce the restrictions while still allowing personal choice. But think of what this means for the food!”

Disney spokesperson Aisha Powers was more abrupt: “You again, huh? Please, stop calling me. I don’t want to talk about all these stupid changes any more. I don’t even work for Disney now, thanks to you. How did you even get my cell phone number?”

Obviously, Uncle Walt’s Insider will continue to provide you with all of the details on these significant and far-reaching modifications, and provide insight as to how they will affect the parks, the dining, the characters, and the overall guest experience.

Which change concerns you most? Do you like any of them? Let us know!

March 16, 2018 by Marty in California, Florida, Other, World
© 2020 Uncle Walt's Insider. All rights reserved. All images used with permission. Unless otherwise attributed, all images licensed under Creative Commons CC0 license. This site is protected by reCAPTCHA and the Google Privacy Policy and Terms of Service apply.