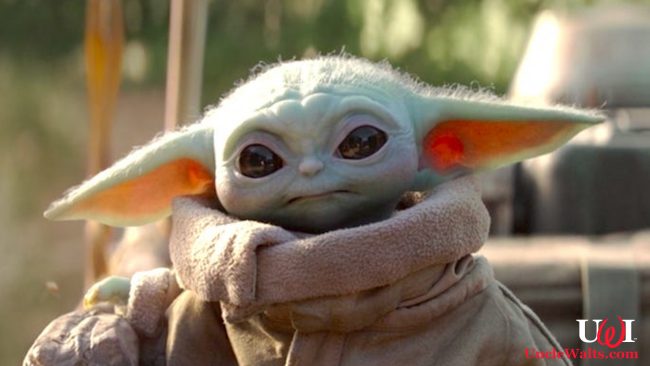 The Mandalorian struggled to find an audience. Who thought a Star Wars show was a good idea?

BURBANK, CA — Disney+ has been streaming for over a month, and after a rocky start, fans have settled in to enjoy watching their favorite Disney movies and TV shows.

However, not all is well. The Disney+ exclusive original show The Mandalorian received abysmal reviews, and fans rate it lower than the Star Wars prequels. Our own Uncle Walt’s Insider polling* has shown that Jar Jar Binks is wildly more popular than “Baby Yoda,” whatever his name is.

Now will Iger ever tell us the name?

Uncle Walt’s Insider, taking advantage of our network of inside contacts, reached out to show creator Jon Favreau for a comment. But as usual, he has yet to return our calls. So instead, we called our reliable Disney (the company) spokesperson Jun Disney (no relation) for more information.

“It’s true, the show sucks. Baby Yoda did not connect at all with fans. Iger was up in his office doing his best angry Kylo Ren impression. Trashed everything in there! Expect more ticket price increases at the parks to cover those losses, boys!”

*Using totally real, scientific polling methods, and not just asking people in line with us at the Svalbard Walmart.

Team Ewok, Team Porg, or Team Gungan? Let us know in the comments below!

Cover photo: We find another reason to put Baby Yoda on our page. Photo © 2019 Disney.

December 31, 2019 by Walt in California, Other
© 2020 Uncle Walt's Insider. All rights reserved. All images used with permission. Unless otherwise attributed, all images licensed under Creative Commons CC0 license. This site is protected by reCAPTCHA and the Google Privacy Policy and Terms of Service apply.